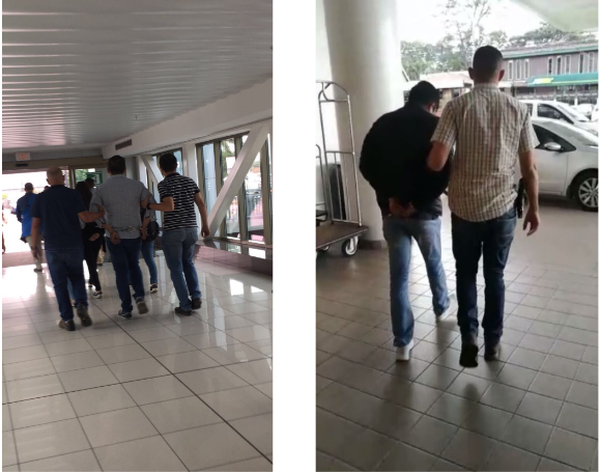 Four Mexicans, linked to the assault on two jewelry stores in Escazu, were arrested Wednesday when they tried to leave the country, three detained a the Juan Santamaria international airport, the fourth in San Jose.

They are related to the Halloween day robberies, October 31, the Eurochronos in Multiplaza and Tiempo Global in Plaza Colonial. The assailants used skull masks to take advantage of the Halloween celebration and thus go unnoticed.

At the time of the arrests, the suspects had 122 high-value watches in their possession, the most expensive valued up to US$100,000 dollars.

The director of the Organismo de Investigación Judicial (OIJ), Walter Espinoza, described the capture as a feather in the cap of Costa Rican authorities, identifying and capturing in less than six weeks, a gang that outwitted Canadian and Mexican authorities.

QCOSTARICA - After two days of virtually no rain...
Politics