Europe Turns Clocks Back This Weekend; U.S. and Canada Next Weekend 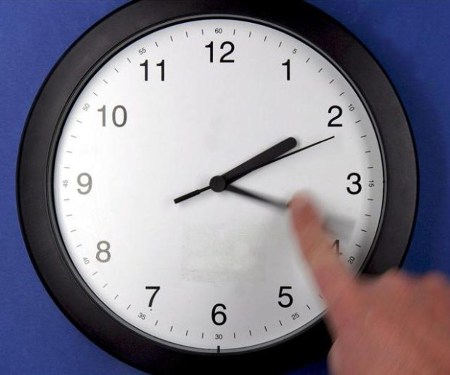 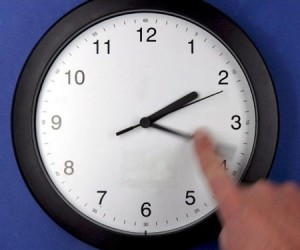 Since Costa Rica does not subscribe to Daylight Saving Time (DST) – the practice of advancing clocks during the lighter months so that evenings have more daylight and mornings have less – there is always confusion when dealing with family members or business associates in North America and Europe, for example.

For many “nortes” (North American expats) living in Costa Rica they quickly forget the concept and the time difference. And for those that remember that there is a time difference, they mostly likely have to pause for a nano second to recall if its one or two hours forward or behind.

Then there is the Europe thing. For states that observe DST, their timetable for the start and end does not coincide with the North American timetable.

For 2014, the clocks move ahead in the United States and Canada on March 9 and fall back on November 2. While in Europe starts ion March 30 and back on October 26.

BLUE: DST is used.   RED: DST has never been used.  ORANGE: DST is no longer used

Daylight Saving Time
The official spelling is Daylight Saving Time, not Daylight SavingS Time. The modern idea of daylight saving was first proposed in 1895 by George Vernon Hudson and it was first implemented by Germany and Austria-Hungary starting on 30 April 1916. Many countries have used it at various times since then. Much of the United States used DST in the 1950s and 1960s, and DST use expanded following the 1970s energy crisis. It has been widely used in North America and Europe since then.

- Advertisement -
Paying the bills
Previous articleSexual Diversity: 35% In Costa Rica Recognize To Have A Gay Member In The Family
Next articleGuanacaste Woman First Death From Dengue This Year

QCOSTARICA - The Ministry of Health announced this Tuesday...