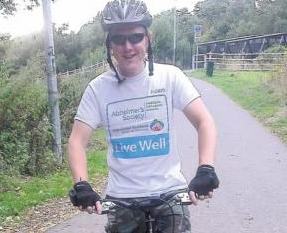 A former South Wales Argus paperboy is preparing to cycle 500km across Costa Rica to raise money for charity. Adam Ranford, of Brynderwen Road, will raise money for Alzheimer’s Society in November, alongside 32 of his Lloyds Banking Group colleagues from across the UK. 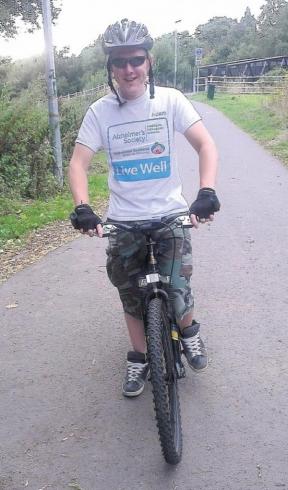 Ranford, who cycles to his work in Cardiff and is currently using the Llanwern cycle route as training, will attempt to raise £140,000 by cycling from the Pacific coast to the Caribbean coast in just seven days.

The 23-year-old said: “I have fond memories of cycling around the streets of Newport back when I was a paperboy.

“It’s been great to get some more pedalling practice around the city recently so I feel well prepared for what I think will definitely be the biggest cycling challenge of my life.

“A lot of my friends have loved ones with dementia and so I’ve seen how difficult it can be for families.

“As well as fundraising to help support people with dementia and their carers, I want to help raise awareness of the condition and why it’s an important health issue to address.

“This is a once in a lifetime opportunity to do something challenging for such a worthwhile cause.”

Randford added: “I’d also like to thank all the staff at Sainsbury’s in Newport who raised over £600 in sponsors for my recent bike ride from Swansea to Newport.”

The money raised through November’s challenge will support Alzheimer’s Society, Alzheimer Scotland and Lloyds Banking Group’s Live Well program, for people with dementia and their carers.

Dementia affects 800,000 people across the UK, with the figure expected to reach a million by 2021.

If you would like to sponsor Mr Ranford for the cycle challenge, visit www.justgiving.com/Adam-CoastToCoast