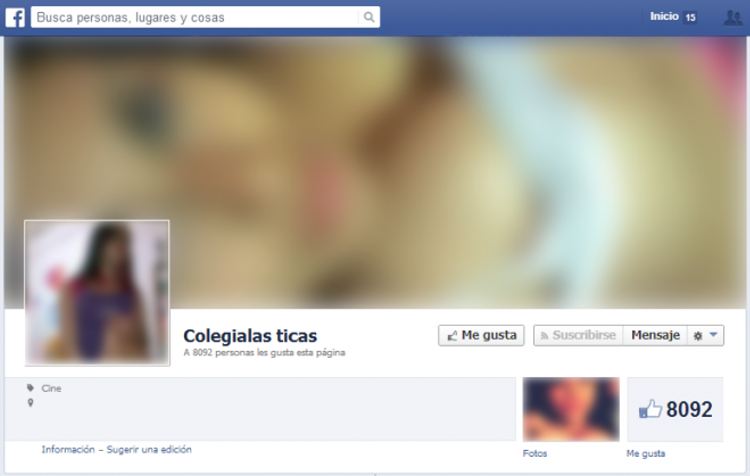 “15 minutes and I’m deleting”, “9pm the material has is coming” “they send very little material, just 10 pictures”, “honestly I could not study at this school, would be fully… ” …

COSTA RICA NEWS – The above are but a few of the posts that describe the Facebook (since deleted) published displaying photos of young, apparently underage Costa Rican high school students. 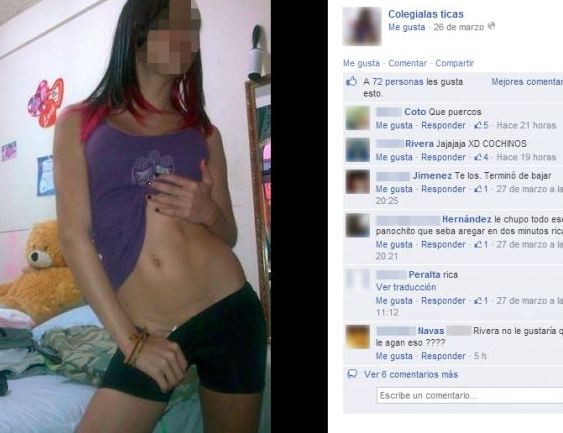 The Patronato Nacional de la Infancia (PANI) – child welfare agency – says it has so far this year filed 23 complaints with the Ministerio Publico, but says little is done by authorities.

Rodolfo Meneses, lawyer for the PANI, says authorities before they will proceed with an investigation want the agency to verify that the images being published are of minors, and that the profiles are from Costa Rica and that they are sexual in nature or at least denoting some kind of sexual contest, like comments against the image or integrity of the person.

Meneses explained that in identifying one the profiles the Fiscalia (prosecution) will file a complaint with the court, and investigation by the Organismo de Investigación Judicial (OIJ).

“The prosecutors have told us that they have gone as far as asking Facebook to provide information on those who create such profiles, but the company requires them to justify that it is a felony, terrorism, drug trafficking and murder, among others, before they will act. On our end we have reported to the network administrators the content as being abusive”, said Meneses.

Despite the efforts by the PANI and authorities in Costa Rica the pages continue. When one gets shut down, another crops up just as quickly. And given the proliferation of use of social networks by the young today, word of a new site popping up spreads fast.

The problem faced by authorities in Costa Rica and around the world, is that not all the pornographic content can be considered to involve minors. Before action can be taken, authorities have to determine first if a crime is being committed. 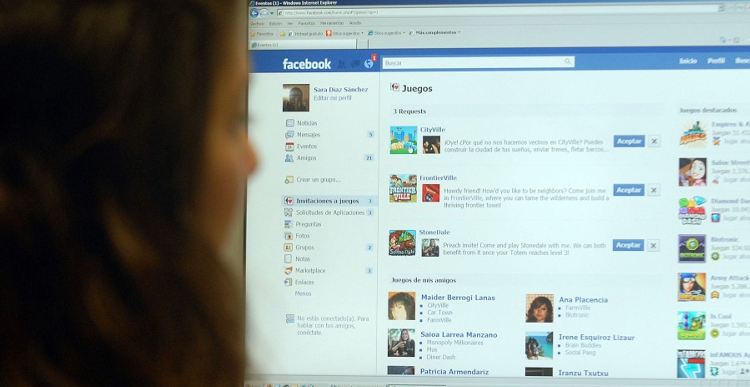 The police action came after Costa Rican authorities received a report from the U.S. Federal Bureau of Investigation (FBI), in conjunction with Panamanian officials, raided the home of the Panamanian suspected of being part of an international network distributing child pornography.  Found among the documents of the Panamanian was the name of the Costa Rican.

The OIJ said it has not arrested the young man, but is investigating the case and will be handing over its findings to the Ministerio Publico.

These cases are not uncommon in Costa Rica. The OIJ says it has conducted several similar raids last year, working with other foreign agencies aimed at dismantling websites that distribute such material.

Today, Friday, June 18, vehicles with plates ending 9 & 0 CANNOT circulate The measure is countrywide and applied between 5:00 am and 9:00 pm,...
Business