COSTA RICA NEWS – Costa Rica’s football federation, the Federación Costarricense de Fútbol (Fedefútbol), has demanded an explanation why seven of its players were required to submit to anti-doping testing after their Friday  victory over Italy. 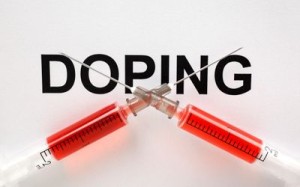 The chairman of the Comisión de Selección, Adrián Gutiérrez, said he will be asking for explanation from FIFA officials. “We believe in, accept and trust doping controls that FIFA carries out, but we want an explanation as to why so many of the players were called in”, said Gutierrez.

Gutierrez’s concern is that calling in so many players at one sitting for anti-doping tests, after the surprising win, gives an image of suspicion that the Costa Rican players are doping.

The Costa Rica sports daily Al Día  said the tests showed that FIFA had doubts about the Costa Rican side after their victories over Uruguay and Italy.

In contrast, only two Italian players underwent tests after the Friday game.

The condemnation of this act even crossed borders and the same Diego Maradona criticized the actions of the FIFA. Maradona, 53, said: “If there were seven Costa Ricans, why weren’t there seven Italians?”

“This is new. But this is happening because it hurts a lot of people to see Costa Rica get through and that world champions don’t get through, because then the sponsors don’t pay the cash they promised”, continued Maradona. “They never hid, they always had the ball, they went out to play. They played without fear of looking for the goal”, he said.

Maradona won the World Cup with Argentina in 1986 but was sent home from the 1994 competition after testing positive for ephedrine. He also tested positive for cocaine in 1991 and was suspended from football for 15 months. He made his comments on the Argentine TV show De Zurda.

Coach Jorge Luis Pinto challenged FIFA to test all his players and even himself after Costa Rica’s next match, which is against England on Tuesday in Belo Horizonte.

“I’m happy that they do these types of tests,” he said. “If they want in the next match, they can test all 11 players on the pitch and even me.”

According to FIFA the said eight players weren’t available for testing before the World Cup when a FIFA anti-doping commission visited Costa Rica as part of a routine control carried out on national teams competing in Brazil. Two of those players were tested after the Uruguay match and the other six were tested after the Italy match, the federation said on its website. A seventh Costa Rica player was chosen by lottery.

One Italian online news source, Gquotidiano, writes, “meanwhile Costa Rica’s party is over” and offered up an image of Italians happy after the game, while Costa Rican players with terror at the thought of anti-doping tests.

EXPAT FOCUS (MND) Of course it was no surprise that readers of Mexico News Daily voted Mexico as the No. 1 expat destination in...
Nicaragua

Acne is considered to be one of the most common skin ailments on the planet, with a record 60 million people being afflicted by...
Banking