The electoral authority announced the results at 7:00 p.m. local time after the closing of the last polling stations. 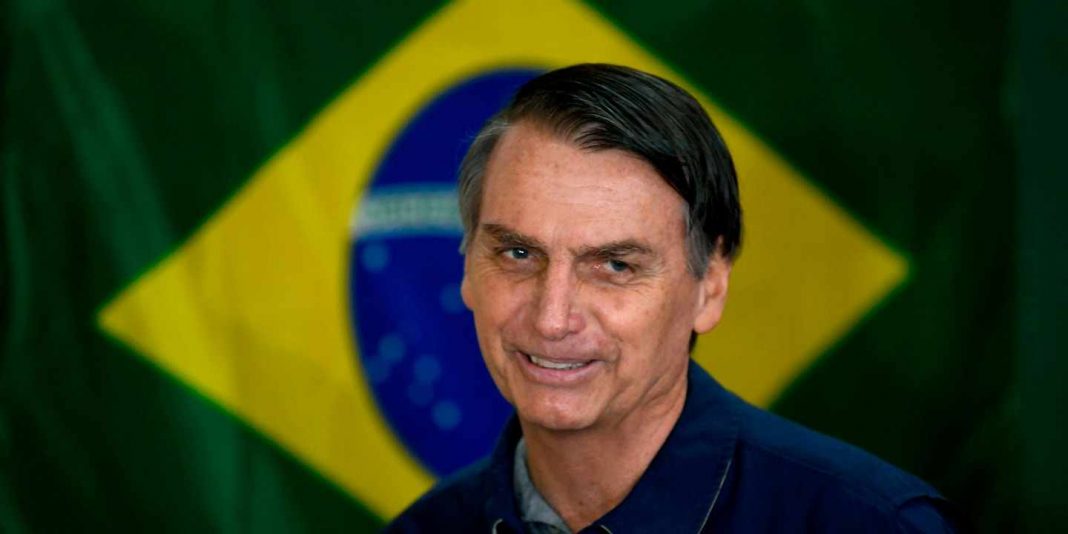 As expeced, far-right politician Jair Bolsonaro has won the Brazilian presidential elections with over 55.8 percent of the vote beating leftist Fernando Haddad who scored 44.2 percent in the country’s most polarized elections in decades. 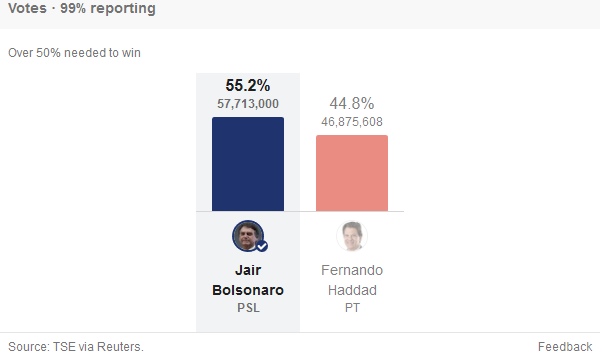 The difference translates to almost 9 million votes for Bolsonaro over Haddad.

Some 21.17 percent of Brazilian abstained from the elections while another 7.43 percent of the ballots were marked null.

Bolsonaro announced that he will not be speaking to the press, but will be making all his public statements via social media.

Congratulations from Latin America’s right-wing leaders began to flow in just minutes after the election results were announced.

Chile’s President Sebastian Piñera tweeted, “I congratulate the Brazilian people for a clean and democratic choice. I congratulate you @jairbolsonaro on your great electoral triumph. I invite you to visit Chile and I am sure that we will work with willpower, strength, and vision for the welfare of our people and the integration.”

From his Twitter account, Argentina’s leader, Mauricio Macri, wrote, “Congratulations to Jair Bolsonaro for the win in Brazil! I want us to work soon together for the relationship between our countries and the well-being of Argentines and Brazilians.”

President Enrique Peña Nieto, tweeted, “On behalf of the people and the Government of Mexico @jairbolsonaro, I congratulate for his election as President of the Federative Republic of Brazil, in an exemplary day that reflects the democratic strength of that country.”

In a live interview, Haddad thanked Brazil for its support: “My dear Brazilian people, I am very grateful for your confidence and we will work together to make a better future.”

Haddad made considerable progress with his countrymen abroad. In the Netherlands, for instance, where Bolsonaro only received 900 votes, Haddad garnered an impressive 1047 votes, the Brazilian Consulate General in Amsterdam said.

The Internet can be a scary place for people...
World Cup Qatar 2022