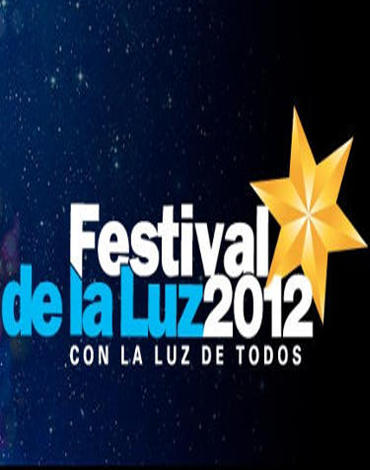 The Festial de la Luz is tonight, Saturday. It is the popular Christmas festival in San José, that includes parades, masquerades, lives music, fireworks and more.

Each year the Festival, held some 10 days before Christmas attracts hundreds of thousands who line the parade route along Paseo Colon from La Sabana park, Avenida Segunda and ending at the Paseo de los Estudiantes (now Chinatown), and many more for the live broadcasts on television and the internet.

The Festival de la Luz kicks off at the Gimnasion Nacional (National Gymnasium) at 6pm with fireworks set off in La Sabana and dowtown San José, a couple of kilometres away.

The parade marshal this year will be Leonardo Chacon the Costa Rican triathlete who participated in the 2012 London Olympics. Marshals in the past included other notable Costa Ricans like scientist and astronaut, Franklin Chang Díaz, Maribel Guardia, Glenda Umaña (CNN en Español anchor) and Nery Brenes, who has won several medals for Costa Rica in world competitions.

During a pre-parade walk through La Sabana this morning I spotted many, with makeshit bed, blanket, pillows, chairs and food, already taking up space along the parade route. Several we talk to said “it is for the children”.