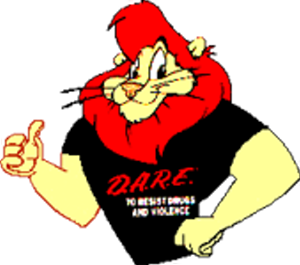 What do potato sack races, face-painting, community football leagues, magic tricks, balloon animals, and coloring books have in common? These are the secret weapons of crime prevention used by Fuerza Publica, the national police force of Costa Rica.

Rookies who graduate from the National Police Academy of Costa Rica know that they will be expected to do two things in their careers: Walk the beat and participate in crime prevention programs. The former has to do with foot patrols and police presence, which help to keep order, improve response times and significantly reduce street crime; the latter deals with good community relations, which are crucial in crime prevention.

Crime prevention programs in Fuerza Publica have become very prominent in the 21st century. Pinta Seguro focuses on students from the first to fourth grades. Fuerza Publica officers are trained in fun activities for children such as storytelling, face-painting, balloon animals, magic tricks, etc. They arrive in schools with coloring books and teach children about the following:

-Fuerza Publica officers are sworn to protect children in Costa Rica.
-Dialing 911.
-Recognizing adults who may want to harm and mistreat children.
-Safe places for children to gather and play in.
-Safety at home and on the road.

Along with Pinta Seguro, the Community Policing program calls on Fuerza Publica officers to visit working-class and impoverished communities and bring family entertainment. To this end, officers with musical talents are often recruited to perform; others are trained in face-painting, storytelling, making balloon animals, etc. These skills are not typically associated with police work, but they are very effective in terms of fostering relations between law enforcement and the community.

A few weeks ago, Fuerza Publica officers surprised 12 children who represent the entire student body of La Suiza, a remote rural community in Turrialba, province of Cartago. The officers arrived on Children’s Day, and they were ready to not only teach the students about safety, but also to participate in fun potato sack races.

For most of these children it was their first time meeting a police officer. This is exactly what Fuerza Publica wants: To let Costa Rica know that they are a friendly force sworn to protect all residents.