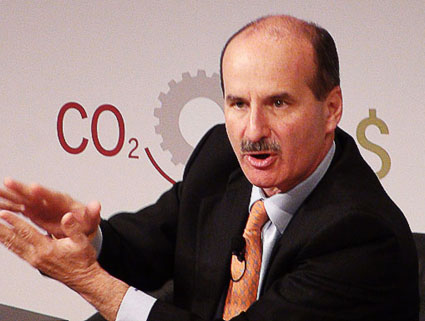 QCOSTARICA –  Newly installed as head of the Partido Liberacion Nacional (PLN), Former president Jose Maria Figueres (1994-1998), told a Monday meeting of of his 18-member congressional bloc, that they should not vote on May 1 to approve the coalition of the Partido Accion Cuidadana (PAC) and Frente Amplio (FA) to lead the Legislature.

The coalition currently staffs the top posts in the Legislative Assembly. Figueres met with President Luis Guillermo Solis four days before and had made it known that he felt it might be “convenient” to join with the leftist parties. The word convenient translates to mean “feasible,”

The combination of the three paries would have been unassailable — as long as they voted in a bloc. The PLN has the largest single bloc of votes in a badly split up legislative floor. Figueres urged his legislators to act in opposition to the two-party combination.

Moreover, Figueres emphasized that it would be necessary for the PAC to seek out a few other votes in order to maintain the presidency of the legislature, as they did a year ago on May 1 to install Henry Mora in that post. But rumor has it that Mora is on shaky ground, not only with opposition parties but with a few in his own.

Each year on May 1, the parties vote for presidency and secretariats in the Legislative Assembly, It carries with it a certain amount of power in deciding who are the committee chairmen. It also enables some political maneuvers as pushing through a last minute approval of the 2015 national budget against a narrowly negative vote.

This latter move is one of the reasons for dissatisfaction with Mora. Another was an attempt, ruled unconstitutional, to try to channel news from congress through a lawmaker-spokesman, a move backed also by two other PAC legislator-administrators.

His brother, Mariano Figueres, is a close ally of President Solís and is currently the head of Costa Rica’s spy agency, the Dirección de Inteligencia y Seguridad (DIS).

QCOSTARICA - Fifteen months after the national emergency against covid-19 was declared, Costa Ricans will have a digital platform where you can be notified...
Coronavirus