A fire that broke out in the center of the barrio in Villa Paola de San Francisco de Heredia, had firefighters (bomberos) scrambling to prevent the flames from burning the entire low-income neighborhood to ashes.

The bomberos combatted the fire from all sides using two pumpers and a tanker truck (for the supply of water), weaving their hoses through the narrows passages between the shanty homes mainly built of wood and zinc.

The efforts of the firefighters saved the barrio, but not the home of Felipa Calderon, a Nicaraguan national who has lived in the small home for the last 18 years with six other adults, where the fire began. Felipa said the fire broke out while she was at work and no one home at the time, the fire completely destroying her home and everything in it. 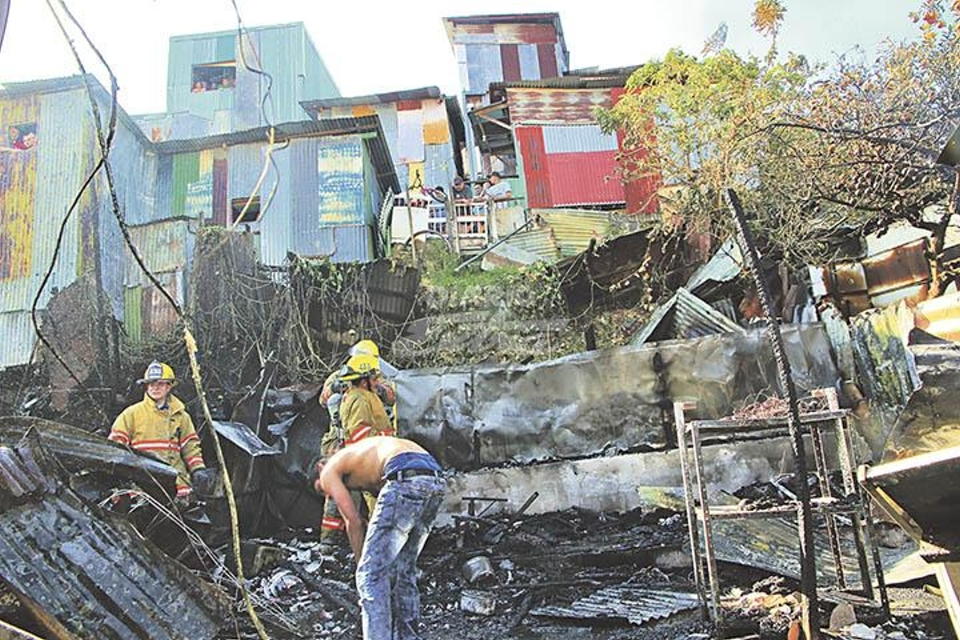 The cause of the fire is believed to be a short in the electrical system. At the entrance of the shanty town, authorities located 34 electrical meters, but could not estimate how many of the homes were connected to the system.