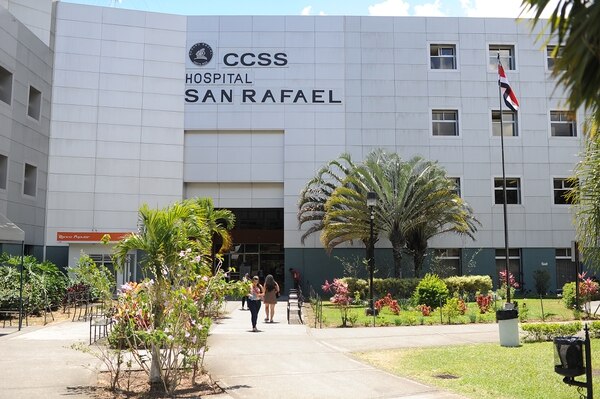 An 87-year-old retired pediatrician is the first to die of covid-19 in Costa Rica.

The Ministry of Health confirmed, on Wednesday afternoon, that this is one of the patients associated with the outbreak of infections that originated in the Alajuela hospital.

It was also corroborated by President Carlos Alvarado, through his Twitter account, in which he detailed that the doctor’s death occurred at 4:15 pm.

“We show solidarity with his family. Let us react, accept the orders of the Ministry of Health, only united and with solidarity, we will pass this national emergency,” said Alvarado.

The senior was hospitalized in the Intensive Care Unit of the San Rafael de Alajuela hospital. He was the oldest person who had been diagnosed with covid-19 in the country.

Earlier in the day the Ministry of Health confirmed 69 people in Costa Rica with the virus.

Of these 69, at least 25 cases are associated with another 54-year-old doctor, who is considered a superdisseminator of the virus in the country. He is currently hospitalized in the Intensive Care Unit of the Hospital México.

In addition, according to data confirmed by Health, two other people are also in intensive care and six are hospitalized in intermediate care. The remaining patients are isolated in their homes.

During the press conference this Wednesday at noon, the Health Minister (before the death was announced), made a vehement call for people to take seriously the situation that the country is currently going through.

“You who are listening to this message: Please! React!,” he said.

Authorities have also repeatedly insisted that the virus primarily affects older adults, as well as having underlying illnesses such as diabetes, hypertension, heart disease, asthma and cancer.

The explicit call of Health authoritiess is that people who present these risk factors do not leave their home and, in case they have to, avoid conglomerations.

“We have not experienced the scenario of having many cases, but this is increasing, this is going to increase significantly in the coming weeks (…) we are not calling for minor things, they are lives, they are families, it can hit anyone ”, Minister Salas pointed out.