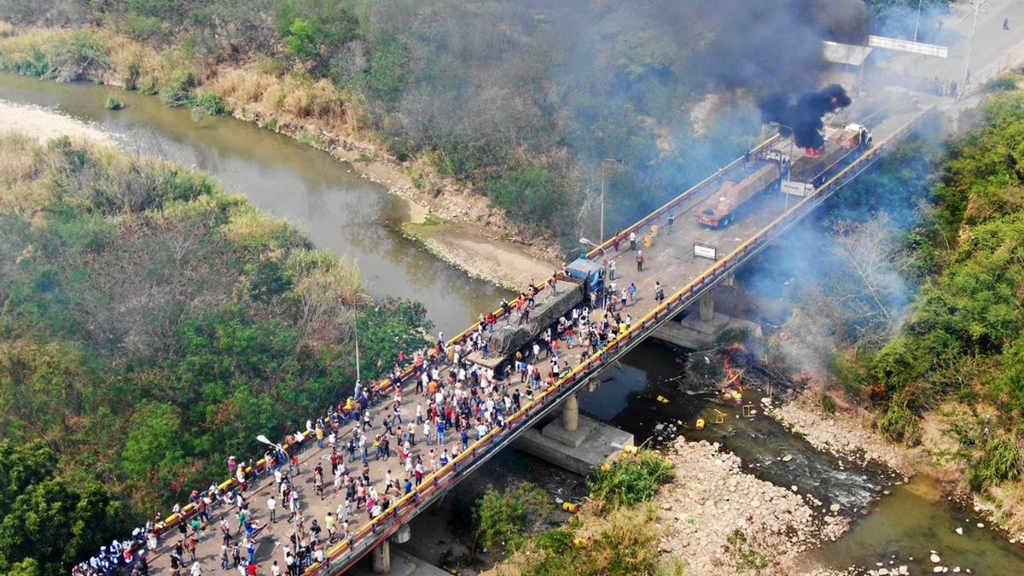 Venezuela severed diplomatic ties with Colombia in the wake of the violence along the border between the two countries.

President Nicolas Maduro on Saturday also pledged to stop the aid from coming into Venezuela and called it a coup attempt by the opposition led by self-proclaimed president Juan Guaido, with the support of the United States and Colombia.

“My patience has run out. I can’t continue to tolerate the aggressions against Venezuela that are being carried out by the Colombian government. We are severing diplomatic relations with Colombia,” CNN quoted Maduro as saying.

These are the highlights from Saturday:
- Advertisement -

Venezuela has been mired in a socio-political crisis since January 23, when the leader of the legislature Juan Guaido declared himself ‘interim president’, challenging Maduro’s legitimacy as president for a second term.

The United States, Canada, the Lima Group and many other countries in Latin America and Europe support Guaido, while Russia and China, among others, continue their support for Maduro.

The economic crisis in the nation, coupled with a food shortage, has strengthened an anti-Maduro sentiment across the country, with the opposition accusing Maduro of “usurping power.”

For the time being, a defiant Maduro continues with the backing of the military and continues to make claims that the opposition is being propped by the U.S. in an attempt to overthrow him.