Cash traveled from Mexico in CLAP food containers and made a "technical" stop in Costa Rica, and then entered the financial system 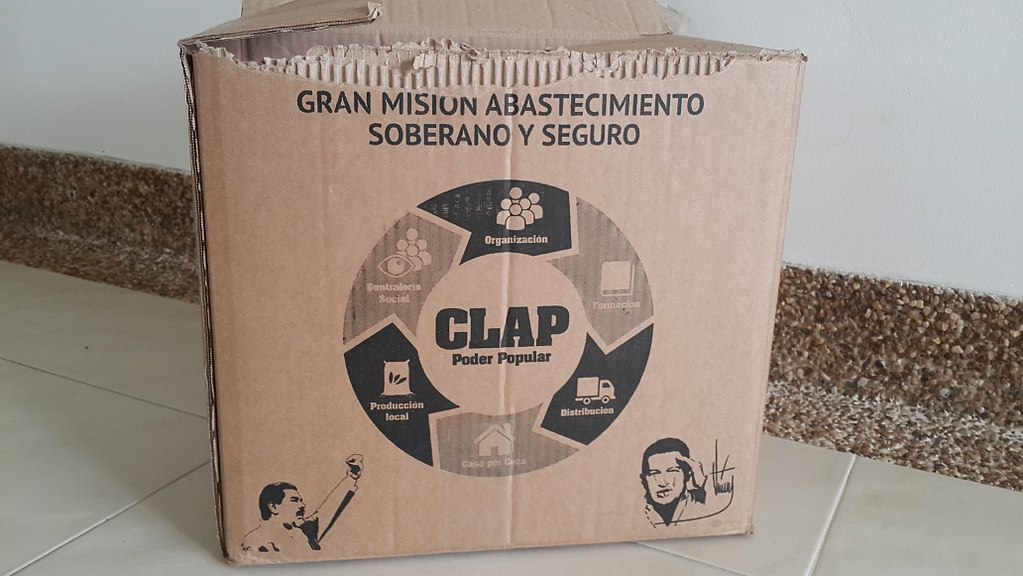 Spain’s ABC news (ABC.es) reveals that leaders of the Venezuelan government would have received money from the Mexican narco through Costa Rica.

According to the report, apparently, the cash “was in payment for drug shipments sent by Chavez leaders,” adds the publication based on information provided by a “colaborador” (informant) who would is to have participated in investigations of the US Department of the Treasury and other agencies in Washington.

Allegedly, the cash was camouflaged in food shipments that left Mexico and that made a stop in Puerto Limón,” where the Venezuelan state-owned Alunasa company has a terminal.

Following the US alert, in June 2018 Costa Rica’s State bank, the Banco Nacional Closed Alunasa Accounts for US Alert on Alleged Money Laundering. Apparently, in the accounts many cash deposits would have been made, when no real customer of the company pays that way, and transferred, directly or through Panama, to accounts at Eurofinance Mosnarbank, Gasprombank and VTB.

“Through that company, the money would have entered the financial system and reached accounts in Russian banks linked to Diosdado Cabello, president of the National Constituent Assembly of Venezuela and Tarek el Aissami, sector vice president of Economy of the Nicolás regime Mature,” adds ABC.

According to the informant, the money would have arrived in Costa Rica in shipments managed by El Sardinero Es Servicio, S.A., a Mexican company that exports food to Venezuela within the food bags program of the Comités Locales de Abastecimiento y Producción (CLAP) – Local Supply and Production Committees, a welfare model of the Maduro government to try to alleviate the food crisis in the Venezuela and consists of the distribution of food house by house.

ABC reveals that containers with food left the port of Veracruz (Mexico) and stopped at Puerto Limóm (Costa Rica) instead of making a direct route to La Guaira, in Venezuela.

“In Puerto Limón, the Venezuelan state-owned Alunasa, dedicated to aluminum, has a terminal for its own use. Someone who intervened in the operations carried out at these facilities confirmed to the investigation that it was common that among the food containers that arrived – at a ‘technical’ stop that later appeared in the navigation records – there were some with cash,” reports the newspaper.

No investigations ongoing in Costa Rica

For now, the Ministry of Public Security indicated that they are not handling this case and that the matter corresponds to judicial authorities.

“However, if the investigation by capital legitimation or terrorist financing is ordered, by legal provision, no detail could be given that jeopardizes the development of the case, as established in article 61 of Law 8204,” the Fiscalia against money laundering told La Nacion in a letter on Monday.

For their part, the press office of the Organismo de Investigacion Judicial (OIJ) also denied it carrying out any investigation in this regard.

Consulted if the Dirección de Inteligencia y Seguridad (DIS) – Directorate of Intelligence and Security, Costa Rica’s intelligence service, Monday morning, President Carlos Alvarado, said he briefly saw the newspaper article but is not going to refer to it publicly until he knows more.

Writing every day is not just good for your...
National