Following January Camp in Qatar, the USMNT will kick off 2020 vs. Costa Rica on Feb. 1 in California 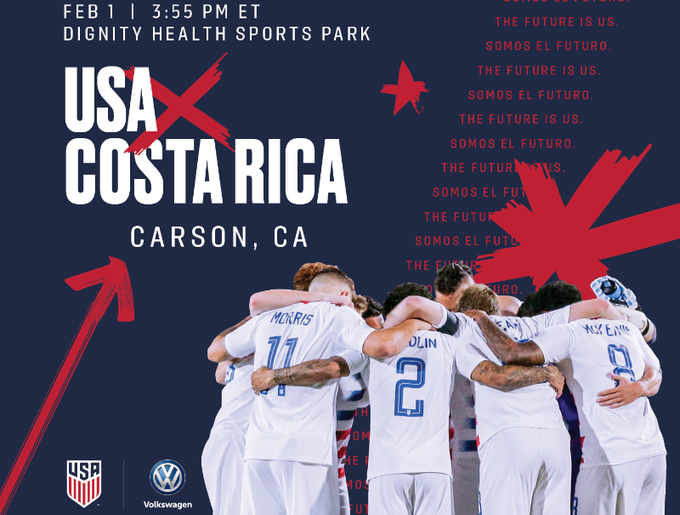 The United States Men’s National Team (USMNT) will get a chance to see what it is aiming for when it holds an upcoming 2022 World Cup friendly against Costa Rica on February 1 in Carson, California, the home of MLS’ Los Angeles Galaxy.

The USMNT, which missed out on the 2018 World Cup, is expected to hold practices in training camp in Qatar, the location of the 2022 World Cup, before heading back to the U.S. for their encounter with Costa Rica.

Costa Rica is the only national team in Central America to have played in five FIFA World Cup editions. Since the late 1980s, the team has continuously been visible as a solidly competitive side, with a prominent performance its first World Cup in the 1990 FIFA World Cup in Italy, where it beat Scotland and Sweden in group play to reach the Round of 16 in Italy.

In 2014, Costa Rica made their best performance in history by finishing first in their group that consisted of three former World Cup champions: Uruguay, Italy, and England. During the Round of 16 they defeated Greece 5–3 via a penalty shootout after a 1–1 draw.

Their 2018 World Cup campaign ended in a 4th place group stage exit with their only point coming from a 2-2 draw vs Switzerland.

QCOSTARICA - The news of the reinstatement of the...
HQ