‘Forced Seperation’ May Have Provoked Massacre in San Carlos

The 45-year-old suspect, who had fathered a baby with the 13-year-old daughter of one of the victims, was intent on taking his girl and the baby back to Nicaragua. The plan didn't go well. 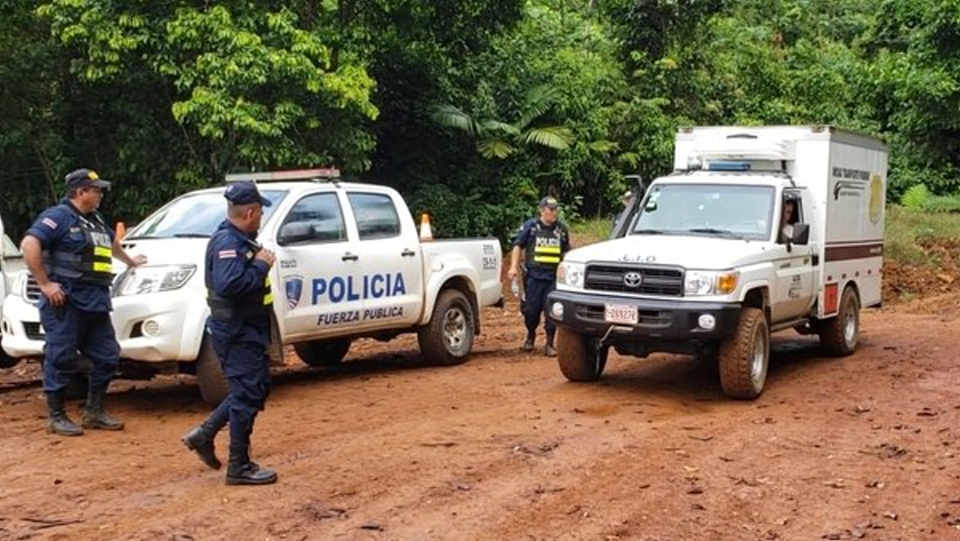 Annoyed with the family of his “novia”, a Nicaraguan man unleashed his rage and murdered four people, including his father-in-law and his brother-in-law, in La Palma del Recreo de Cutris, in San Carlos de Alajuela.

That is the preliminary version by the Judicial Police investigators in the discovery of four bodies in a farm closed to the Nicaraguan border.

The Costa Rican man was a Cutris community leader and foreman of the farm where the massacre took place. Meanwhile, the Nicaraguans worked as cattle and logging hands on the farm.

Apparently, thanks to information provided by neighbors and relatives of the victims, Jesús Álvarez is the father of a 13-year-old girl who gave birth to a baby two months ago. He, annoyed to know that the father of his grandson was a 45-year-old man, decided to come to Costa Rica with the minor, his son Daniel and his nephew Freddy.

The alleged “boyfriend” became enraged, threatened his father-in-law and brother-in-law, and later came to Costa Rica to work, using the move to closely study the movements of the relatives of the mother of his son, with the aim killing them and returning with his girl and the baby back to Nicaragua.

However, things didn’t go quite as planned. Once committing the quadruple homicide, he fled to Nicaragua without his girl, because she lives in a house of close friends of Alvarez. Investigators theorize he expected to find his girl  and their baby on the farm

Some area residents said that the main suspect in the murders had been in the country before and that including Mendez had hired him on at least one occasion.

“It is said that the suspect is the son-in-law of Jesús Álvarez, who brought his daughter from Nicaragua. The man was seen in Boca de San Carlos and from there on Thursday left Costa Rica by boat,” said Jaime Araya, who helped to discover the victims.

He added that the search began when he noticed Méndez’s absence in town ( Méndez used to be in contact with the community) so they organized themselves and began to search the area until finding three bodies in the courtyard of the farmhouse.

The bodies of Álvarez and his son Daniel were found together 10 meters from the house, while Freddy was found under a tree nearby.

Meanwhile, Mendez was found in a ravine that is close to the property.

They were all shot.

Delving into the crime scene, investigators presumed the victims knew the attacker(s).

“The suspect knew the area, he knew what the place was like. It is said that they saw him get out of a boat on Tuesday and then they saw him very suspicious leaving the country, it is said that he covered his face,” said Xavier Gamboa, an area resident.

The area where the multiple murder occurred is pretty remote.

Wálter Gamboa, the owner of the farmhouse located less than five kilometers from the border with Nicaragua, told the press that the Police make an effort to cover the entire area, but that the lack of personnel and the lack of adequate vehicles complicate the work.

“A situation like this has never happened here, it’s unfortunate,” he said.

QCOSTARICA - The first indications about the possible suspects of perpetrating...
Read more

A bill presented on Monday in the Legislative Assembly seeks to...
Read more