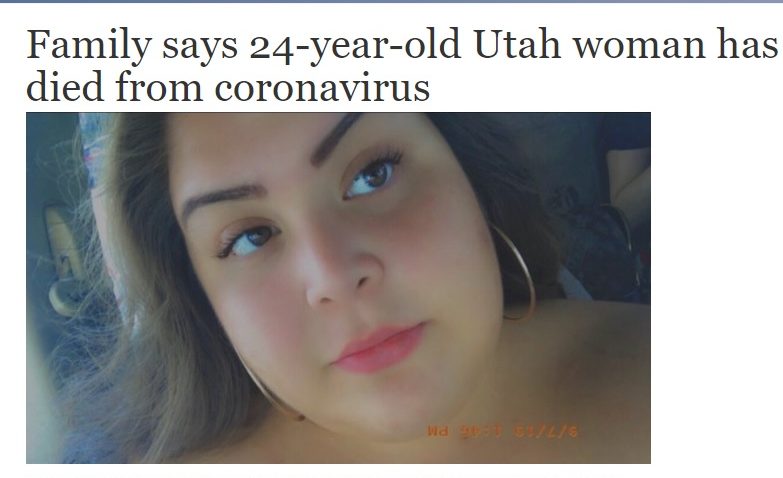 The Ministry of Foreign Relations confirmed on Tuesday that Silvia Deyanira Meléndez Baldí, 24, a Costa Rican living in the US, died due to COVID-19.

The Salt Lake Tribunal confirmed that the Tuca died on Saturday. She worked as a receptionist at a medical imaging company and resided in Salt Lake County, Utah.

Silvia lived with her family and all the closest members have been infected, that is, her parents – Marcos and Silvia – and her brothers, Marcos and Xandel, reported La Teja.

The information from The Salt Lake Tribune says that seven people live in the Meléndez Baldí house and that, so far, five have tested positive and that it was her father who first showed symptoms, about two weeks ago.

“When I spoke to the doctor, he asked me or someone in my family had symptoms, we are supposed to (assume) that we are positive,” said Marcos Meléndez, Silvia’s father, in a telephone interview with the media on Sunday.

Silvia Deyanira and her mother, Silvia Baldí, 49, were hospitalized on March 20 with serious respiratory problems. The virus hit the daughter hardest.

Silivia suffered from diabetes and had undergone a heart operation two years earlier.

QCOSTARICA - Good news if your plans to travel...
National