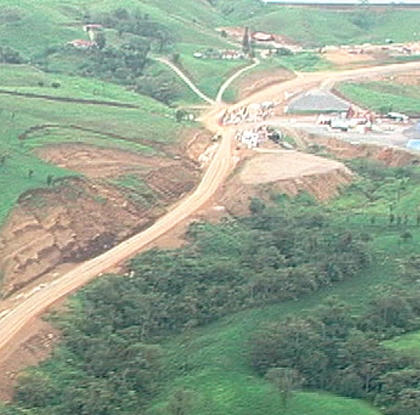 Miguel Ramirez, an engineer who helped build the trail border road known as “La Trocha”, in the northern zone at the border with Nicaragua, on Tuesday appeared before the legislative committee investigating irregularities around the work.

Among his statements, Ramirez said “the former Minister of Transport Francisco Jimenez, betrayed us and jumped ship.”

The engineer said he received instructions from Casa Presidencial (Government House) and the Ministro de la Presidencia, Carlos Ricardo Benavides, saying they “had to do everything in secret because if the press found out everything would be brought down.”

Ramirez added that he and Minister Jiménez worked together on the elections campaing, that RECOPE 9the state refinery) offered up ten million litres of asphalt for the trail road and that the five new schools in the area were built by the project company and not the government.”

Finally, said the emergency decree was signed only on 28 February this year.