Former President Pacheco: “I am a little old but well”

Former presidents did their civic duty on Sunday, voting in the 2010 municipal elections 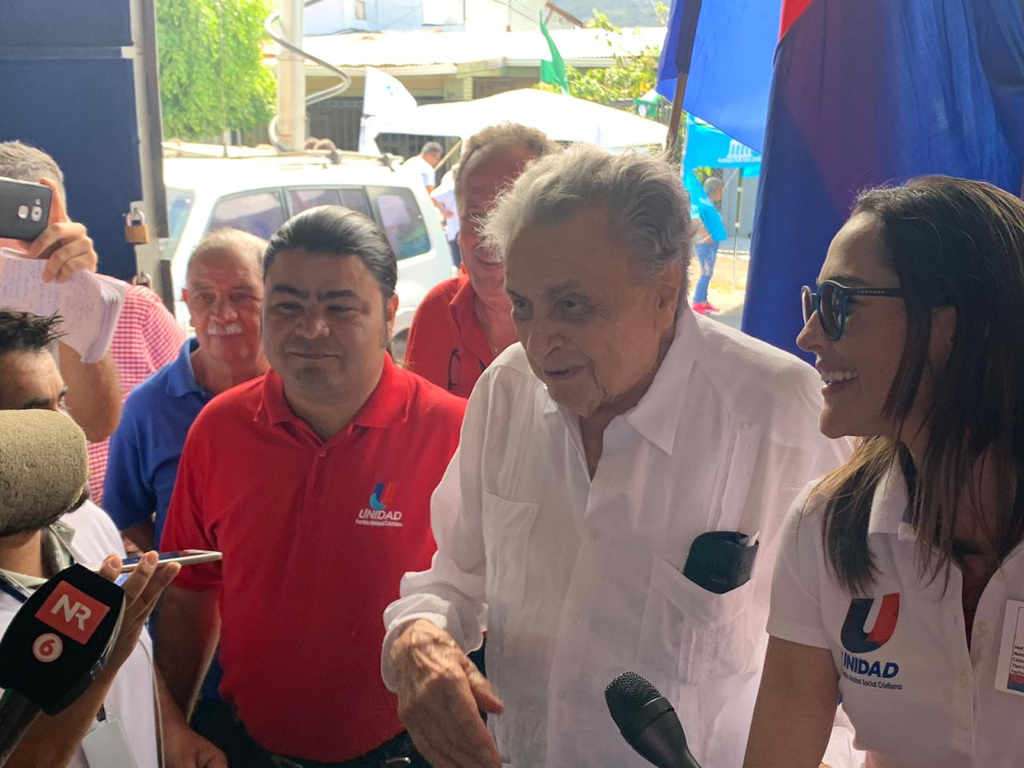 Pacheco, who turned 86 last December, made it public he would be casting his vote for the Partido Unidad Social Cristiana (PUSC) grouping. The former president, now 86 years old, said “I am a little old but well” (estoy viejillo pero bien).

He also took the opportunity to comment that the central canto of San Jose (where he lives) “lacks security and opportunities to keep young people away from drugs”.

“… I walk a little, eat and drink,” said with a laugh the former president who was greeted warmly with hugs by the community of Pavas.

Miguel Angel Rodriguez, who turned 80 a few weeks ago, voted in his community of San Rafael de Escazu.

Rodriguez was accompanied by his wife, Lorena, who also voted at the same educational center. Both were cheerful and greeted followers who came to greet or take photos with them. Rodriguez looked in very good mood and health.

For her part, Laura Chinchilla, much younger than the former two presidents (she will be 61 next month) shared her photo and message on her social networks, saying she voted “as a tribute to the tens of thousands of people who have put their name on a nomination today to serve their community.”

Current president Carlos Alvarado and his wife were a hit at the polling station, people abound and lots of selfies.

Pacheco is by far my most favorite president of Costa Rica. Who is yours? Post your comments on our official Face (book) page.

- Advertisement -
Paying the bills
Previous articlePresident complains because he inherited a “mortgaged” country
Next articleNatalia Carvajal on Karina Ramos: “We Couldn’t Be More Different”

QCOSTARICA - Searching for a consensus candidate in the Partido Liberación...
Read more

The gambling industry has prospered over the years and...
Pura Vida