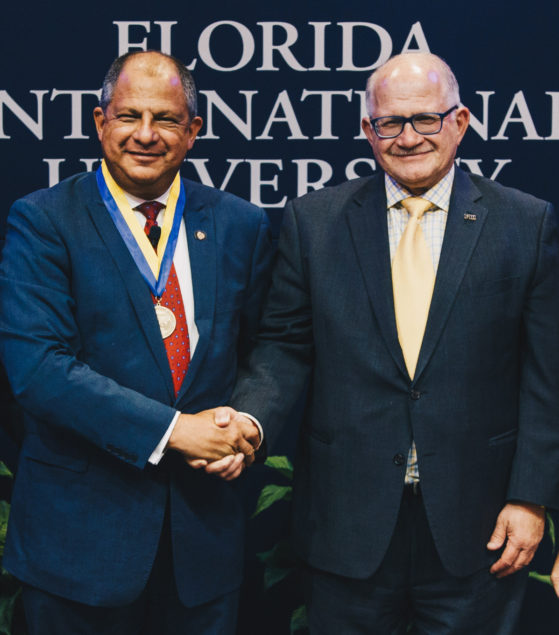 Former Costa Rican President Luis Guillermo Solís Rivera has been named a distinguished visiting professor at FIU’s Kimberly Green Latin American and Caribbean Center (LACC), a kind of homecoming for Solís, who served as a researcher with LACC from 2004 to 2008 and also worked with FIU’s Center for the Administration of Justice. 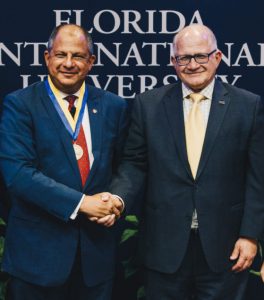 “Through his commitment to a life of public service and dedication to building greater knowledge and understanding across borders, President Solís has not only improved the lives of his countrymen but he has built a positive legacy that will touch generations to come,’’ said FIU President Mark B. Rosenberg. “We could not be more pleased to have such a distinguished diplomat, scholar and statesman return to FIU.”

As a visiting professor, Solís will lecture on governance and democratic sustainability in Latin America and the Caribbean, among other topics. His appointment is for one year.

Before he was elected Costa Rica’s 47th president (2014 – 2018), Solís held numerous diplomatic positions, including ambassador for Central American affairs and director general for foreign policy. Solís holds a bachelor’s degree in history from the University of Costa Rica (UCR) and a master’s degree in Latin American studies from Tulane University in New Orleans.

How safe are the state planes?

Six former presidents give support to the Government and democratic institutions