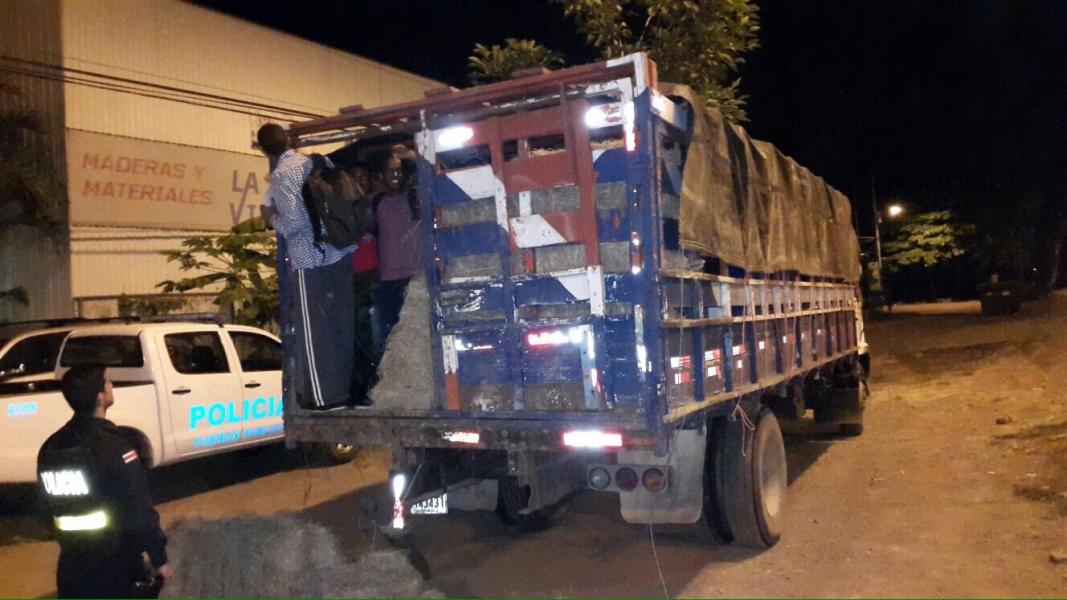 QCOSTARICA – Among the 51 illegal migrants detained in Jacó on Wednesday included 26 from Nepal, nine from Bangladesh, four from Eritrea, two from Iraq and one from Pakistan.

The group of illegals were being transported by truck, presumably on their way to the northern border of Peñas Blancas, by four Costa Ricans, three men and a woman, who were detained by police of “coyotaje” (smuggling of people).

Authorities believe the four, apparently helping the illegal migrants on their way to the United States, was part of a human trafficking (smuggling) network operating in Costa Rica and Central America.

Similar arrests, including 11 Nepalis, were made in Guatemala earlier this year.

Smuggling networks help migrants reach the U.S. by land through Central America, from Panama to Costa Rica, Nicaragua, El Salvador, Honduras, Guatemala and Mexico, where they can the cross into the U.S.

According to Costa Rica authorities, smuggling networks operating in the country are not new. A police action on November 10 of this year, dismantling what is believed one of the largest human trafficking gangs, led to almost 8.000 Cuban migrants stranded in the country after Nicaragua closed its borders to them.

If convicted, the ‘coyotes’ (smugglers) could be sentenced from two to six years in prison.

The illegal migrants will be deported unless they are able to legalize their status in Costa Rica.