UPDATE: Victim has refused to identify suspects in a lineup and has withdrawn complaint. Click here for report.

COSTA RICA NEWS – The Organismo de Investigación Judicial (OIJ) on Tuesday arrested four suspects in the rape of the Wisconsin tourist who said he was attacked and raped by several men last weekend. 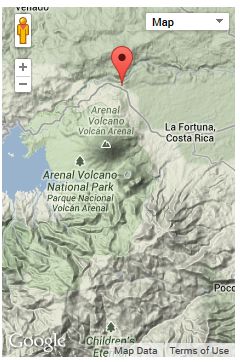 The OIJ asad in a statement that the arrest is of four Nicaraguan men, identified by their last names, Navarro, Ordeñana, Fernández, (all 27 years of ) and Bermúdez (35,) suspected of participating in the rape of the 19 year old tourist in Costa Rica on a study tour of the northern zone.

Police say the can place the men at the time and location of the rape, three witnesses telling investigators to be the people who were last seen with the victim.

The suspected were detained by the OIJ and the Policía Turística (Tourist Police) at a construction site of a new hotel development in La Palma, in La Fortuna, where they were working.  Authorities say they suspects have about one month of being in Costa Rica.

The young woman, whose identity was not revealed, around 1:30am Sunday had left a local bar where she was partying with friends, headed for the hotel when she realized she had left her purse behind and when she walked back to the bar is when she was attacked, taken to an empty field near the hotel, where she was gang raped by seven men.

The OIJ says that in La Fortuna they have on record only five assaults between January an May, 34 robbery against persons and 22 vehicle breakins.

Given that the area is a popularity of the area to foreign tourists, police say criminal gangs are active in the thefts of cellular phones, laptops and cameras.