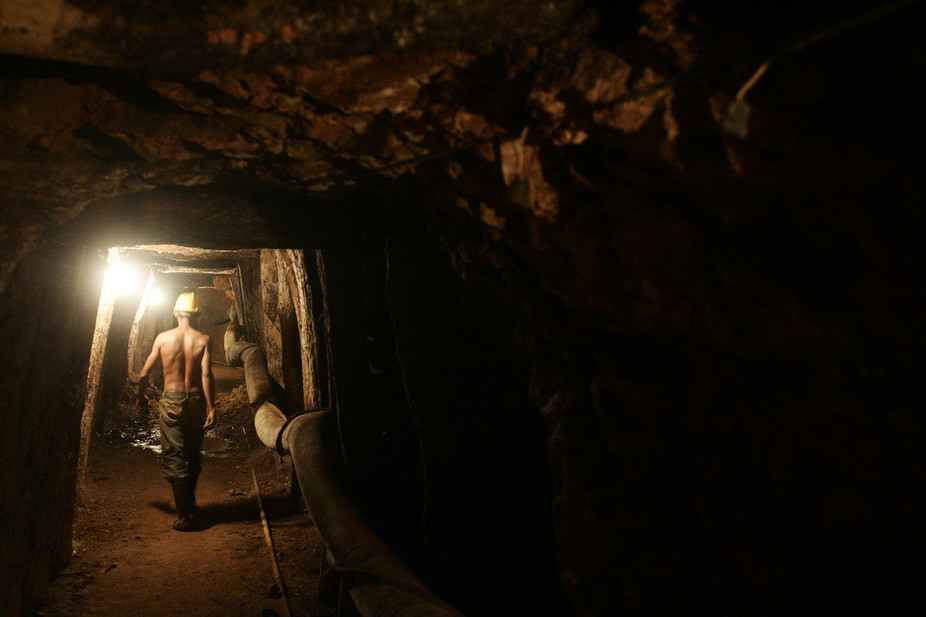 (Q24N) On January 19, Mexican indigenous activist Isidro Baldenegro López, who in 2005 won the Goldman Environmental Prize for his efforts to protect ancestral old-growth forests from logging, was gunned down in Chihuahua State. His murder follows that of fellow Goldman recipient Berta Cáceres, whose March 2016 death in Honduras appears to have been “an extrajudicial killing planned by military intelligence specialists linked to the country’s US–trained special forces”, according to a recent investigation by The Guardian.

These assassinations, and their murky circumstances, have brought light to the hard truth that Latin America is the world’s deadliest place for environmentalists and given renewed relevance to this prescient article, originally published on November 23, 2016.

Indeed, Honduras ranks second, behind Syria, among the world’s most dangerous countries, followed by El Salvador (6th), Guatemala (11th) and Mexico (23rd). And San Pedro Sula, in Honduras, has the highest homicide rate on the planet.

This is a humanitarian crisis and regional tragedy. And as far as the United Nations and the Internal Displacement Monitoring Centre, are concerned, bad guys are to blame.

But this common received wisdom about violence in Central America and Mexico overlooks two facts.

Both areas are rich in natural resources, including fine woods (such as mahogany) and metals (such as iron, lead, gold, nickel, zinc and silver). And not all the violence plaguing the region is gang-related; it also encompassses feminicide, the killing of environmental activists and political murders and forced disappearances.

My argument is that criminal violence, while potent, is just part of a dangerous cocktail that serves to “cleanse” places where local communities are defending their home territory.

This isn’t a conspiracy theory, and this hypothesis is not mine alone. Data indicates that in resource-rich countries, the concurrence of forced displacement with criminal, misogynistic and political violence cannot be a coincidence.

This killer combination reflects a policy of forced depopulation aimed at obtaining “conflict-free” exploitation of natural resources that are increasingly valuable in the modern global economy, such as minerals used by new technologies and renewable or clean energy sources.

To execute this strategy, a variety of armed actors, including drug traffickers and gang members but also mercenary killers, security guards and “sicarios” – in Mexico and Central America are selling their killing expertise to powerful entities, from repressive governments to transnational corporations (or both, working together). Cameroonian philosopher Achille Mbembe has called this phenomenon Private Indirect Government.

This “necropolitics” – the politics of death – is the violent core of what scholar Bobby Banerjee defines as necrocapitalism, that is, profit-driven deaths.

Why negotiate with poor indigenous communities sitting atop valuable oil, water, wood and ore if they can be pushed off their land with hidden criminal, political and misogynistic forces?

Nearly every Latin American country confronting high homicide levels also has precious woods, metals and hydrocarbons. For the purposes of my argument, let’s look at illegal and legal logging in Honduras, mining across Central America and hydrocarbon extraction along the US-Mexico border. These situations demonstrate how forced displacement, political repression, criminal and gender violence in resource-rich territories coincide.

In Honduras, displacement patterns indicate that criminal violence may not the main push factor. According to a 2016 report by the Internal Displacement Monitoring Centre (IDMC), the number of displaced persons increased nearly 600% from 29,000 to 174,000 between 2014 and 2015.

Oddly, that’s precisely when homicide rates decreased. The report is vague on this paradox, suggesting that the increase may relate to worsening economic conditions.

I would counter that the increasingly violent repression of environmental activism, not criminal violence, was the primary displacing force during that period.

From 2010 to 2014, more than 100 Honduran environmental activists were killed. By 2014, the country was seeing massive demonstrations against corporate activity in Río Blanco – the same river defended by environmentalist Berta Cáceres, who was murdered in 2016.

Honduras is rich in natural resources, with 41.5% of its territory covered with forests. Yet it is the third-poorest country in the Americas. Conditions there have worsened there since a 2009 coup d’etat.

The poorest Hondurans live in rural areas, where longstanding agricultural, logging and livestock activities have created an environmental crisis. Widespread deforestation, erosion and environmental degradation are exposing communities to natural disaster. That’s why farmers and indigenous groups are increasingly organising against corporate interests in their jungles, and why they’re being killed and displaced.

While much of Honduras’s criminal violence takes place in cities such as San Pedro Sula, it is also concentrated in supposedly protected rural areas that have illegal mining and logging activities.

The Río Plátano biosphere, one of the country’s three major protected areas, and the La Ceiba district, near the Pico Bonito conservation zone, both have gang and cartel activities, and are among the areas sending the greatest number of child refugees to the US.

The government is a partner in this illicit extraction. According to a Global Witness report, from 2006 to 2007, the Honduran state paid more than US$1 million to timber traffickers.

Women, the environment and murder

It’s a common mistake to consider violence against women a private, non-political act. But women are often on the front lines of environmental activism because they tend to oppose activities that are harmful to their children, homes and communities. While there’s no data on the exact number killed, the necropolitical dangers women face is sufficient to merit a network of female environmentalists.

In 2015, Honduras had the world’s highest feminicide rate. The most famous case is that of 44-year-old Honduran indigenous leader Berta Cáceres, who was killed in March 2016.

In her final days, Cáceres received texts and calls warning her to give up her fight against the Agua Zarca dam and had recently had an altercation with employees of a Honduran energy company, Desarrollos Energéticos S.A., or Desa. She was eventually shot dead in her home.

Feminicide has similarly flourished in Mexico’s most shale-rich states. There, the case of Josefina Reyes Salazar is iconic, though still shrouded in mystery.

A women’s rights and environmental activist in Valle de Juárez, Salazar was killed in 2010 along with other members of her family, because they opposed the militarisation of their town, which was located in an area rich in shale gas.

According to a forced displacement report, of the 287,000 Mexicans displaced by violence and 91,000 displaced by disaster, most are in the states of Chihuahua, Nuevo León, Tamaulipas, Sinaloa, Durango, Michoacán, Guerrero and Veracruz.

Beyond their high levels of drug-related violence, all of these states are also rich in minerals, renewables and shale gas. For simplicity’s sake, I’ll focus here on shale gas extraction along the US-Mexico border.

A significant number of the forced disappearances and murders in which the army and criminal gangs are involved have taken place in this swath of land, located above a major Texas shale gas source known as Eagle Ford Shale Basin.

This area is also, notoriously, run by gangs, from the Juarez Cartel that once made Ciudad Juarez the world’s most violent city to the Zetas, who are responsible for thousands of Mexico’s 300,000 forced disappearances, and the Gulf Cartel, whose leaders were protected by local politicians.

27,000 wells fuel Eagle Ford’s shale gas exploitation. In an arid place where water is already scarce, this intense water use is hurting agriculture and leading to increasing protests.

According to a special report by the National Human Rights Commission, most of Mexico’s displaced people are farmers from communities with self-sustaining economies, environmental and human rights activists, small business owners, local government officials, and journalists.

This makes sense. With the exception perhaps of business owners, these populations represent a specific threat to extractive capitalist interests, either through resistance (activists, law-abiding public officials, farmers) or exposure (journalists).

Mexico’s national media is already drawing this link with shale gas extraction. It’s time to complicate the narrative of violence across Mexico and the Northern Triangle by examining the role of transnational corporations, local political elites, and economic oligarchies in the region’s daily displacement and production of death.

This article was originally published on The Conversation. Read the original article.