From LACSA, to TACA to AVIANCA! 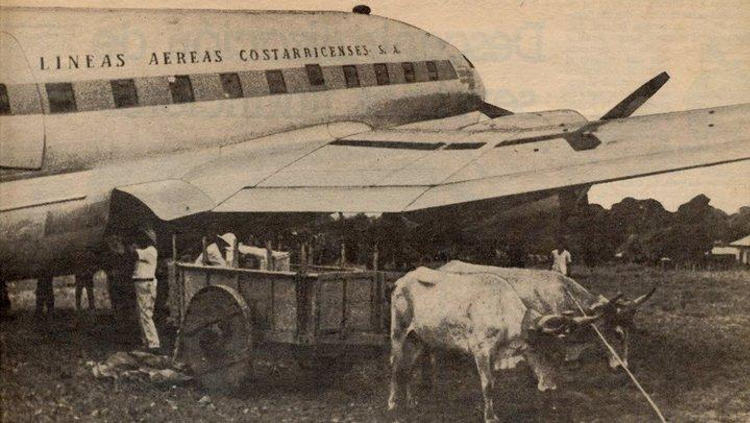 Costa Ricans have gone flying proudly in their national airline, LACSA, to flying a regional airline trough the acquisition of Lacsa by TACA in the 1990’s, to no flying under the Colombian airline, AVIANCA.

Established on 17 October 1945 by Pan American World Airways (PAN AM), the Costa Rican government (20%) and Costa Rican private interests, it started operations on 1 June 1946 and was designated the national carrier in 1949. Its domestic network was transferred to wholly owned subsidiary Sansa in September 1959.

In the 1940’s the airline was based at the Sabana airport with its first international flight in 1947 to Nicaragua. In 1949 the airline got a boost to its fleet with the addition of a Curtiss C-46 and two DC-3’s.

In 1950, Lacsa began flights to Panama, La Habana (Cuba) and Miami. A year later it obtained a license to fly to the Gran Cayman, with the creation of Cayman Airways.

In 1967, Costa Rica’s national airline moved into the jet age, christening its fist jet “El Tico” (the Tico or Costarican).

The airline kept expanding. In 1981 it added flights to Guatemala and Puerto Rico and in 1987 was flying to New York, the first airline in the region to fly the destination.

In 1990, the airline added the Airbus A320 to its fleet, while working on an alliance with TACA, Aviateca and Nica that resulted in the consolidation of the Grupo TACA, passing from a national airline to being part of a regional airline. 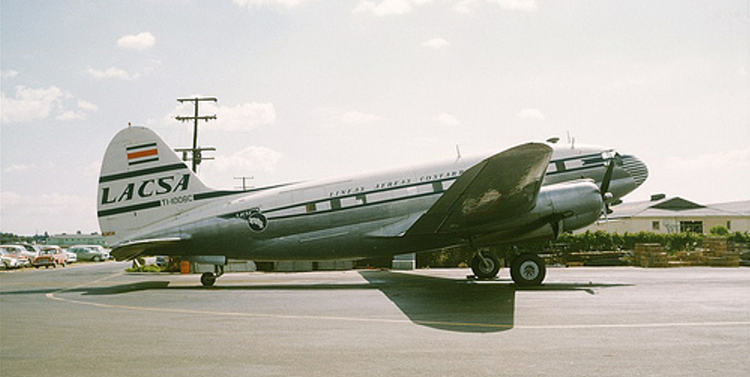 Although Lacsa was now part of TACA, the brand name Lacsa continued in a small way. TACA operated the LACSA routes (LR), and in some airports the airline counter continued with the name Lacsa.

In 2009, the Colombian airline, Avianca, announces the acquisition of 70% of the shares of Grupo TACA, and began operating under the brand TACA AVIANCA.

Last year the Colombians announced killing off the TACA name, with its burial date of May 27, 2013.  With it it also buried once and for ever the name LACSA.

Q24N - With a new administration in sight and the possible relaxation of immigration policies, thousands of migrants from Central America have decided to...
Weather

QCOSTARICA - The indirect effect of cold push No. 11 will mean the return of strong gusts this weekend in most of the country. Conditions...
Trends

Andrey Amador Bikkazakova is the first Costa Rican to compete in the Tour de France as a professional road bicycle racer. Andrey rode with...
Lighter Side

Government’s plan will increase the price of gasoline

Experts: Project to radically change the Recope, Costa Rica's oil refinery that refines nothing, will increase the price of gasoline. Among the changes proposed is...
Health

QCOSTARICA - It was the month of February 1920 when the first 45 people affected by the so-called Spanish flu were reported, who arrived...
Health

‘Inappropriate conduct’ in December influenced the increase in the contagion rate

QCOSTARICA - "We are in an increase in the pandemic in Costa Rica, caused, among other things, by inappropriate citizen behavior during the month...
Expat Focus

QCOSTARICA - January continues a cold month, as cold pushes linger past the traditional first week of the year. The effect of a new...
Pura Vida

Condé Nast Traveler - In August 2020, in the middle of lockdown, Costa Rica announced its 30th national park. The former prison island of...