GAM women are decisive in the elections

Women from rural areas vote less, but are not outperformed by men from outside the GAM; socioeconomic factors have weight in abstentionism 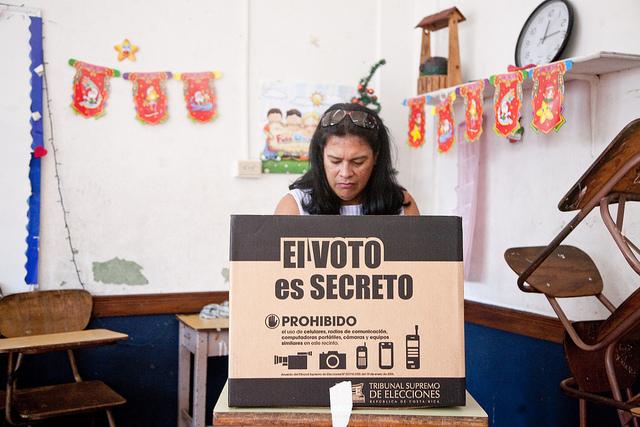 QCOSTARICA – 73 years have passed since Costa Rica allowed women to vote, and now, the female vote, especially that of the Greater Metropolitan Area (GAM), is the one that has the most weight in the elections.

The Supreme Electoral Tribunal (TSE) registry records 1.8 million voters for the next elections are concentrated in the GAM, where 51% of those are women. And this election they, as in past elections, have in their hands the decisive for the presidency.

In the last elections, GAM voters accounted for 56% of the total votes. On the other hand, the votes outside the GAM were only 44%. This is based on data provided by the TSE.

The GAM – the urban communities of San José, Alajuela, Heredia and Cartago – concentrates most of the population in 164 districts that represent 4% of the national territory.

For the 2018 elections, 73 out of every 100 women in the GAM voted in the first round, at the national level those votes represented 30% of all ballots to elect the president.

In men from the GAM, participation was lower: 67 out of 100  went to the polls, contributing 26% of national voters.

Outside the GAM, the data also place women as the main vote-talkers. In those elections, 64 out of every 100 female voters voted. In the case of men, only 57 out of 100 did so.

Women and men outside the GAM contributed, respectively, 23% and 21% of the voters in the first electoral round of that year.

Regarding the levels of abstentionism, in the GAM only 23% of registered women did not vote, while 33% of men did not.

Outside the metropolitan area, female abstentionism was higher, with 33% of those registered without voting. However, the figures here also show the tendency for women to vote more, since in the rest of the country the abstentionism was 43%.

For the elections held on the first Sunday of February 2022, the largest group of voters is concentrated in the GAM. Of the 1.7 million registered women in the country, 934,000 are from the metropolitan area.

According to a study published in 2019 by political scientist Rónald Alfaro Redondo, a researcher at the Center for Political Research and Studies (CIEP), of the University of Costa Rica, women vote more than men.

Alfaro’s research was based on an analysis of the five presidential elections that took place in the country between 1994 and 2010. The study, to which the research center devoted eight years, revealed the main factors that lead women to be more participatory.

Alfaro’s research showed that women have progressively assumed a more leading role in Costa Rican politics since the mid-1990s.

One of the discoveries was that women are more influential than men as agents of political socialization for their children, which contributes to mothers having more impact than fathers on this democratic behavior.

A study by the TSE revealed that from 1948, when women were granted the right to vote, until 2005, the female vote was more consistent than that of men. In that period, it was concluded that 58.3% of women voted, while only 51.9% of men voted.

Another of the data produced in the analysis shows the relationship that attendance to the polls has with the social development index (índice de desarrollo social – IDS – in Spanish).

The cantons with the highest participation in the 2018 elections are those with the best socioeconomic indices, this was the case of San Rafael de Escazú.

According to data from the Ministry of National Planning and Economic Policy (Mideplán), taken the year before the 2018 elections, that Escazú district had a perfect IDS, with 100 points; that community registered a 73% participation.

The district of Sánchez, in Curridabat, obtained the second position in development of the GAM, with 99% of IDS, and a participation of 80% of the electorate.

Asunción de Belén, in Heredia and San Juan de La Unión, in Cartago, presented a tie for third place; both districts have an IDS of 97 points and a voter turnout of 77%.

In total, there are 139 districts with a participation higher than the national average, which for the first round of 2018 was 65.7%.

66% of Ticos affirm that the sanitary restrictions were worth it

QCOSTARICA - Most in Costa Rica consider that the sanitary restrictions...
Read more