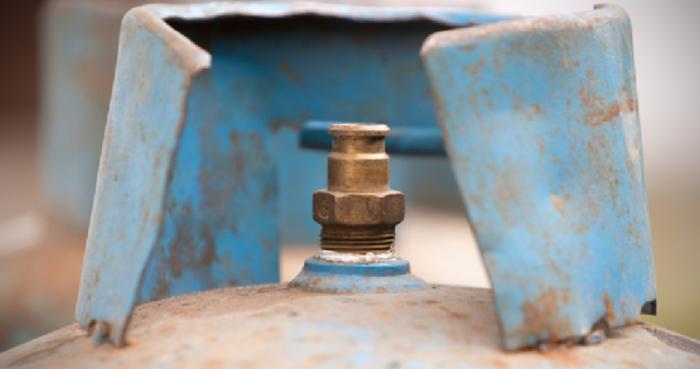 COSTA RICA NEWS – For years the need for a law to regulate gas cylinders used mainly for cooking fuel in thousands of Costa Rican kitchens (including commercial ones in restaurants) has been a no brainer in this country. It took the deaths of five people when a cylinder exploded at an Alajuela snack bar to get a bill on track.

Well, friends, thanks to the no brainers in government, the bill is now off track. A year and a half after the tragedy that killed four women and a child in Alajuela, the bill has left the rails again. It seems that everyone but the family dog has to tweak the wording.

In 2013, some 45,000 homes in the country cooked with gas and businesses with a thirst for money but not to save lives were using a caveat emptor attitude — let the buyer beware. Fires started from defective tanks became the third largest cause of conflagrations last year.

The problem is growing worse. It isn’t always easy to tell at first glance when a cylinder or tank is leaking. Moreover, the tanks most often are beside the the stove. Firemen recommend that the tank be outside in well ventilated areas, but we defy you, the consumer, to find a hose long enough to reach the stove.

The most common cause of dangerous leaks are defective valves. These valves should be tested by the seller — but aren’t. The hoses also wear out. It is recommended that the householder inspect the hoses, another common cause of leaks — some are real antiques.

They deteriorate with time — especially if they are outside. A good way to test a hose is to hold it under soapy water and watch for bubbles. If you smell the chemical that is put into the gas to detect leaks, don’t try to fix it yourself — call the fire department. That has become a common cause of 911 calls — 19 per day.

Well, you may ask, why don’t lawmakers get a move on? Because the General Bureau of Transport and Sales of Combustibles has to look it over. So does the Ministry of the Economy. The Ministry of Health and Aresep, the public services regulation watchdog agency, has a crack at it.

The Environment Ministry also has a hand in the soup. Most lawmakers haven’t even seen the bill. Meanwhile, the fire department sent trucks whizzing out to gas emergencies 6,839 times last year. By the way, the Spanish word for tank is bomba, the same word as is used for”bomb.” We would add: EXACTLY!

QCOSTARICA - The number of people in shelters, due...
National