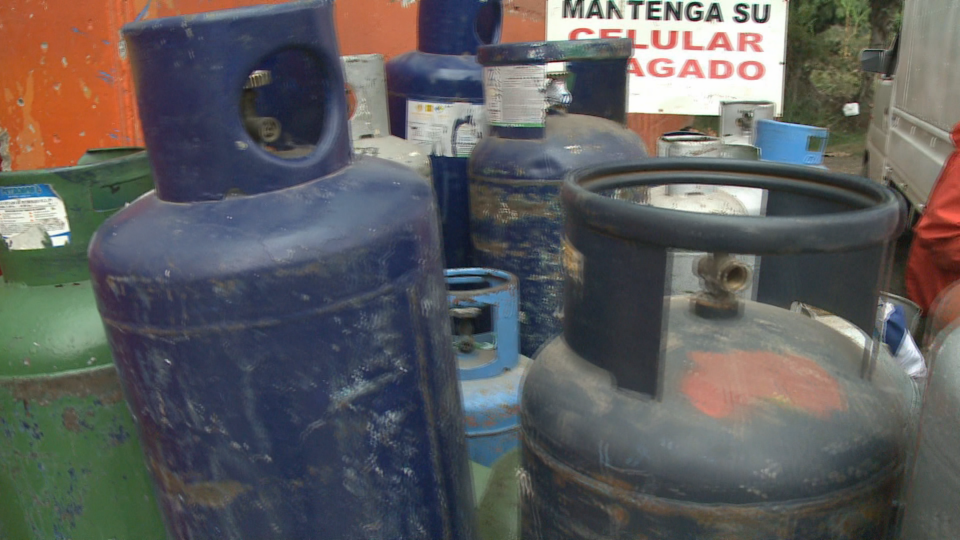 QCOSTARICA – The legal problems surrounding Gas Zeta, the LPG distributor, continue, menacing 250 confused employees at the company and delaying relief of the cooking gas crisis in the nation that has entered into its third week.

Friday, legal problems prevented the loading of tank trucks from the firm for at least 48 hours.

The couple who own the company that distributes 72% of the liquid gas in the country are dissolving their Texas marriage and the international legal snarls have been monumental.

The national refinery, RECOPE, had the fuel but was reluctant to ensnare itself in the legal trap by releasing the gas.

Meanwhile, a new company has been organized to serve 20% of the market. The company is only represented by numbers and has no registered name, it is so new. Currently it is authorized to last for only a year and has only a provisional license from the Environment Ministry (MINAE).

The company has 17,500 cylinders, 6,000 of them new, 42 distribution trucks, five tank trucks and owns two plants, one in Limon and Cartago with a capacity of 60,000 gallons of the fuel. It will be able to fill 3,000 cylinders daily when at full production.

Due to problems with hazardous and worn out cylinders, the company must import 1,500 new containers each month during the entire year. Environment Minister Edgar Gutierrez told La Nacion grimly, “We must not permit a family conflict to affect a public service and the economy.”

Meanwhile, 400 employees of Zeta complained that the divorce and its complicated legal fallout have crippled their work for the past two weeks.

Zeta operations chief Guido Gutierrez admitted that several days employees were prevented from even entering the two main plants (one in Coyola, Alajuela and the other in La Lima, Cartago.

“We want to go back to work,” company labor spokesman Felipe Mejia told a press conference Friday morning. Meanwhile, showing the general confusion at the two biggest plants, Gas Zeta executives threatened 250 employees who had given up trying to go to work to return Monday or face dismissal.

But Sergio Artavia, company lawyer, denied that employees had been locked out of the Limon and Cartago plants. The whole crisis has taken on the twists and turns of a poorly written soap opera.