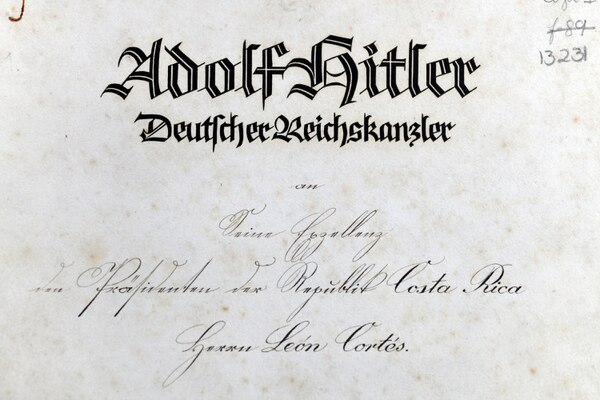 The letter that Adolfo Hitler sent to the President of Costa Rica León Cortés in 1936 was deciphered by a German pensioner who lives in Alajuela.

In 1936, Hitler wrote a letter of thanks to Cortés for the appointment of Dr. Alfonso Acosta as minister and extraordinary envoy to Germany.

The letter, which is kept in the National Archive, does not have an official translation, precisely because of the difficulty that the calligraphy with which it was written presents to read, even for the Germans, reports La Teja.

Three young men who were working in the San Luis dam...
Read more

Wednesday's send-off for a car in metallic-blue was the last of...
Read more