Germany Bans Uber. Could Costa Rica Do The Same? 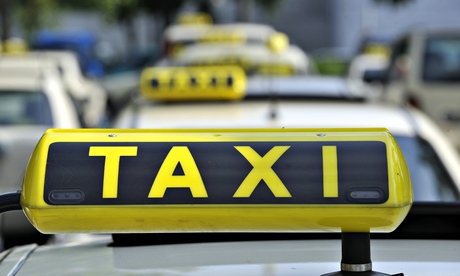 COSTA RICA NEWS – Uber, the private car or rideshare mobile, connecting passengers with drivers of vehicles for hire in minutes, has run afoul in Germany.

Not yet in available in the country, Uber could face the same problem in Costa Rica, given the strong lobbying of the “fuerza roja” (red force), the formal taxi industry.

As Uber and other ridesharing companies such as Lyft increased in popularity and market share, they have been bitterly attacked in numerous jurisdictions by the taxi industry accusing the ridesharing companies of being an illegal taxicab operation, unfair business practices and operating unsafely.

Due to Uber’s polularity, a number of apps have been launched to connect taxis with passengers, such as Easy Taxi, with E-hailing application available in 27 countries.

In Costa Rica, only taxi drivers who have a red cab permit (orange for airport taxis) issued by the Ministry of Transportation in Costa Rica can participate in the Taxi Tico network.

On April 2014, in Australia, the Transport for New South Wales, responded to the introduction of ride-sharing function of Uber and clarified that “if a NSW driver is taking paying members of the public as passengers, the driver and the vehicle must operate in accordance with the Passenger Transport Act” and “Under the act, such services must be provided in a licensed taxi or hire car, by an appropriately accredited driver, authorised by Roads and Maritime Services (RMS).”  On May 6, 2014, the Taxi Service Commission in Victoria, Australia, issued a number of infringement notices to Uber drivers with a fine of Au$1,723, after a public warning discouraging people to use ride-sharing applications like UberX. NSW Transport Minister Gladys Berejiklian said RMS is investigating Uber’s case.

On June 11, 2014, London-based Hackney carriage (black cab) drivers, members of the Licensed Taxi Drivers Association, disrupted traffic as a protest against Transport for London’s refusal to stop Uber’s calculation of fares based on distance and time taken, as they claimed it infringes upon their right to be the sole users of taxi meters in London. The following week, London mayor Boris Johnson stated it would be “difficult” for him to ban Uber “without the risk of a judicial review”; however, he expressed compassion for the view of the black-cab drivers.

Uber’s pricing is similar to metered taxis, although all hiring and payment is handled exclusively through Uber and not with the driver personally. If the Uber car is travelling at a speed greater than 11 mph (18 km/h), the price is calculated on a distance basis. Otherwise, the price is calculated on a time basis. At the end of a ride, the complete fare (which includes gratuity—Uber’s exact wording is “No Need to Tip” and no option to add a tip exists except to offer it by cash) is automatically billed to the customer’s credit card.

On June 11, 2014, in a concerted action, taxis blocked roads in major European cities in protest against what they perceive as a threat to their livelihoods by companies such as Uber. The cabbies contended that Uber and similar smartphone app-based services have an unfair advantage because they are not subject to the same kinds of fees and regulations placed on taxis.

On July 21, 2014, the Seoul city government said it would seek a ban on a car-hailing smartphone app from Uber Technologies Inc., joining a global battle by municipalities and traditional taxi services against the service.

- Advertisement -
Paying the bills
Previous articleNicaragua Sees Tie Against Costa Rica As “A Win”
Next articleWho Monitors Costa Rica’s Landing Strips? No One.