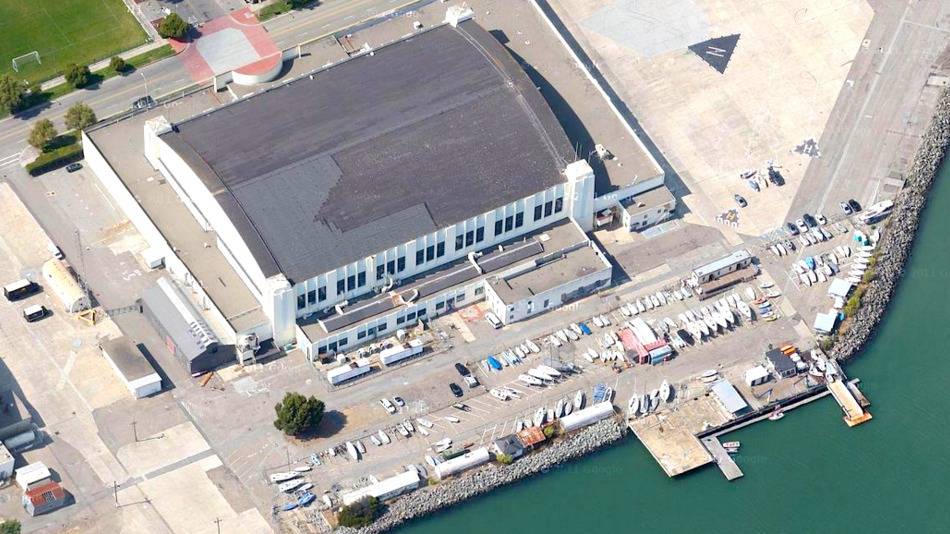 “CNET’s Daniel Terdiman investigates an oversize secret project Google is constructing on San Francisco’s Treasure Island, which according to one expert may be a sea-faring data center. ‘Something big and mysterious is rising from a floating barge at the end of Treasure Island, a former Navy base in the middle of San Francisco Bay. And Google’s fingerprints are all over it,’ Terdiman writes. ‘Whether the structure is in fact a floating data center is hard to say for sure, of course, since Google’s not talking. But Google, understandably, has a history of putting data centers in places with cheap cooling, as well as undertaking odd and unexpected projects like trying to bring Internet access to developing nations via balloons and blimps.'”

Google, one of the world’s largest users of data, may finally be making good on a five year-old patent to build offshore data centres — cooled and powered by the ocean, and potentially beyond reach of the government.

An investigative report by CNET Friday found a great deal of evidence connecting the search giant to the mysterious “Building 3” on Treasure Island in San Francisco Bay, above. The building seems to the base for a mysterious four-story structure on a nearby barge that experts say is consistent with a floating data centre.

Meanwhile, a very similar four-story building was towed on a barge into harbor in Portland, Maine, two weeks ago. On Wednesday, the Portland Herald speculated that the barge may have something to do with Google’s offshore data centre patent.

The Portland barge is registered to the same shell company connected to the Treasure Island operation, called By And Large — very similar to the fictional “Buy and Large” company featured in several Pixar movies. It seems someone at Google is a Pixar fan.

The patent Google filed in 2008, granted in 2009, describes a data center on a ship that is perpetually powered by ocean currents. It uses sea water to cool the servers.

Regulating temperature is one of the major costs in maintaining a data centre. In recent years, the electricity used to power data centres has been climbing toward 2% of total electricity usage in the U.S.

Keeping data in the oceans would cut millions from Google’s data storage costs. And it can’t have failed to escape the company’s attention that putting data centres in international waters would theoretically put it beyond the reach of government interference.