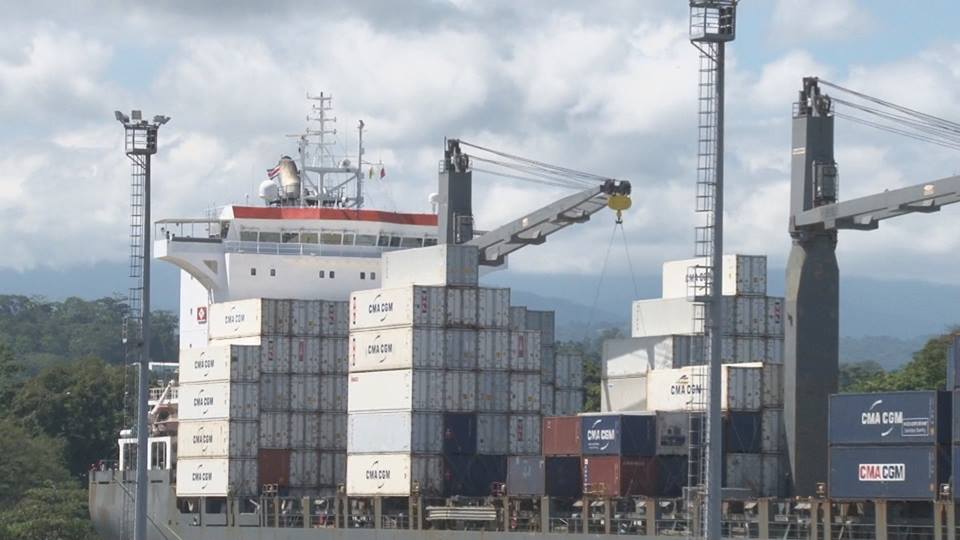 COSTA RICA NEWS — Government negotiators apparently are regretting the offer some officials had made, apparently as a gesture of good will, to dockworkers striking at Limon, reported La Nacion. The offer was not to pursue the strikers with threats to deduct the idle time from their salaries.

The government did, however, agree to sit down with the Sintrajap union under the guidance of the Omsbudswoman Monserrat Solano. But if the courts judge that the ongoing strike is illegal, Labor Minister Victor Morales took off the table the offer not to go after strikers’ salaries.

The call for the Ombudsman’s office, officially called here “Defender of the Inhabitants, to arbitrate was made Sunday by Broad Front lawmaker Gerardo Vargas. Another stipulation by the government is that representatives of the Limon port authority, Japdeva, also be at the negotiating table.

Labor Minister Morales was adamant about not giving the union a free ride: “It’s unacceptable to sit at the dialogue table that the document that they sent us demands for liberty and amnesty for all those arrested in Limon during the strike. We can’t accept this.”

Those arrested were some who set fires in the streets and committee other vandalism. The Tico Times news blog (www.ticotimes.net) found clear indications that certain lawless elements in Limon (of which there is no scarcity) were hired as troublemakers for amounts of money by pro-strike elements.

Meanwhile those lawbreaking elements continued their disturbances in Limon. Monday morning, another semi tractor used for pulling containers was set afire. Besides the loss of expensive property, the trucks have symbolic value in that they are used to pull trailers with containers aboard.

The strike is based on union demand that the new billion dollar container port being built by APM not have exclusivity for on and off loading cargo containers.