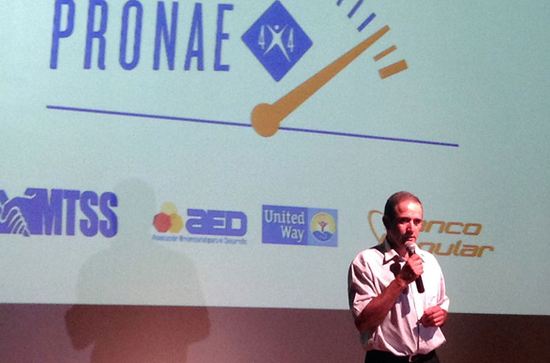 The plan is in three parts: training, development of productive work and community development ideas. The last coming from FODESAF resources.

In addition, the state bank, Banco Popular, announced its support as a strategic ally of the MTSS program.

The program aims to incorporate these 33,000 persons in community development projects to enable them employed, said Juan Carlos Zuniga, of the Board of Banco Popular.

Poultry projects, preparation of clay tiles and community water developments are part of the beneficiaries of the employment program.

Victor Morales, Minister of Labour,  said that this initiative is part of the National Development Plan 2015-2018.

At the beginning of the week, the government of Luis Guillermo Solís announced its plan to revert the unemployment rate (8.2%), left by former President Laura Chinchilla, causing Costa Rica to be ranked as the second Latin American country with highest level of unemployment.

Implementation of such goals will be possible through specific measures to be carried out by the Banco Nacional de Desarrollo (national development bank), which will benefit small and medium-sized producers, said sources.

Q24N - El Salvador may be the first country to adopt bitcoin as legal tender, but recent developments suggest that it might not be...
Reports