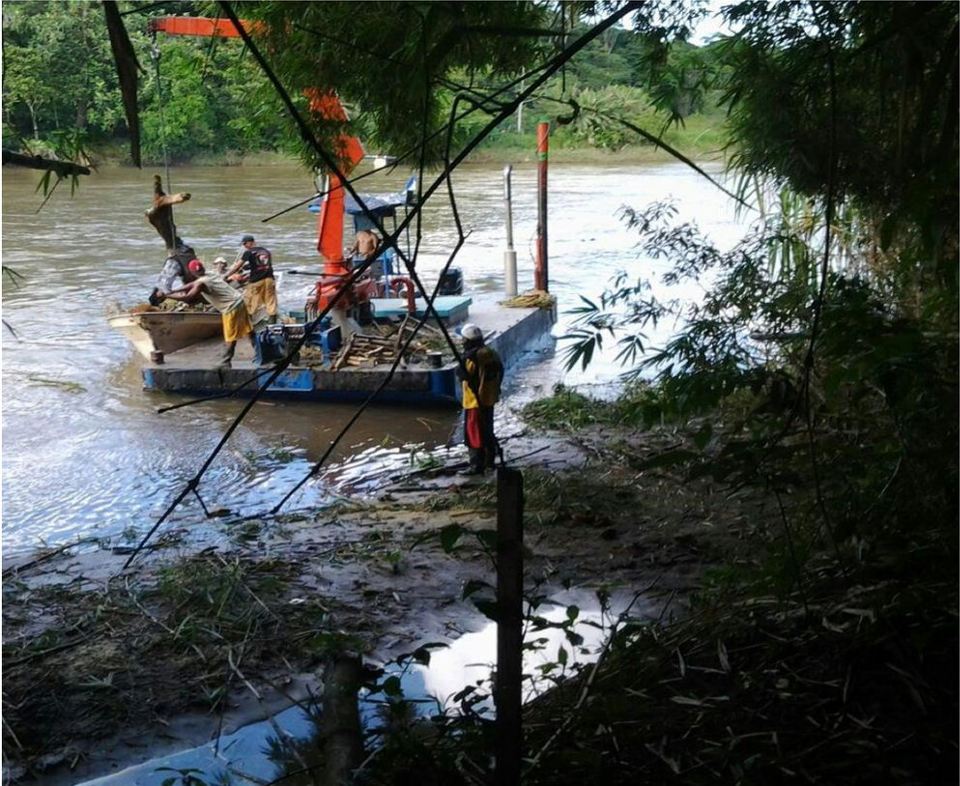 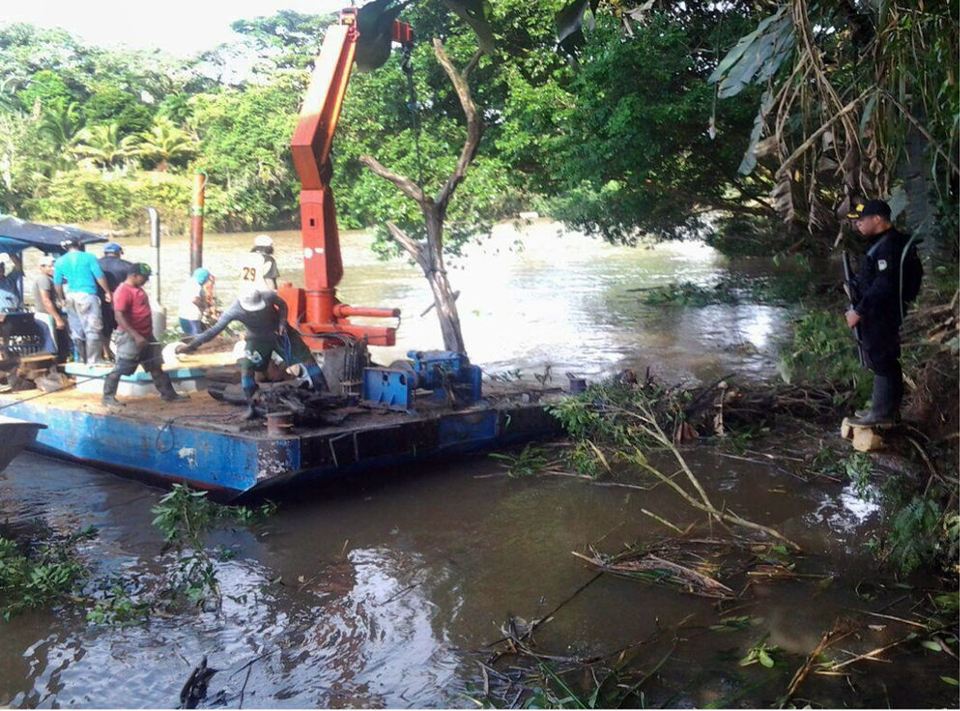 COSTA RICA NEWS — Eden Pastora, contracted by the Nicaraguan government to dredge the San Juan River and, incidently, the man who started the nasty relations currently existing between Costa Rica and Nicaragua, has denied that his men have conducted systematic logging operations on Costa Rican soil.

But Tuesday, Costa Rican Foreign Minister Manuel Gonzalez demonstrated what appeared to be solid evidence, including a videotaped interview with a Nicaraguan who cheerfully admits on camera that he was contracted by the Nicaraguan government to invade Costa Rica’s side and cut trees. 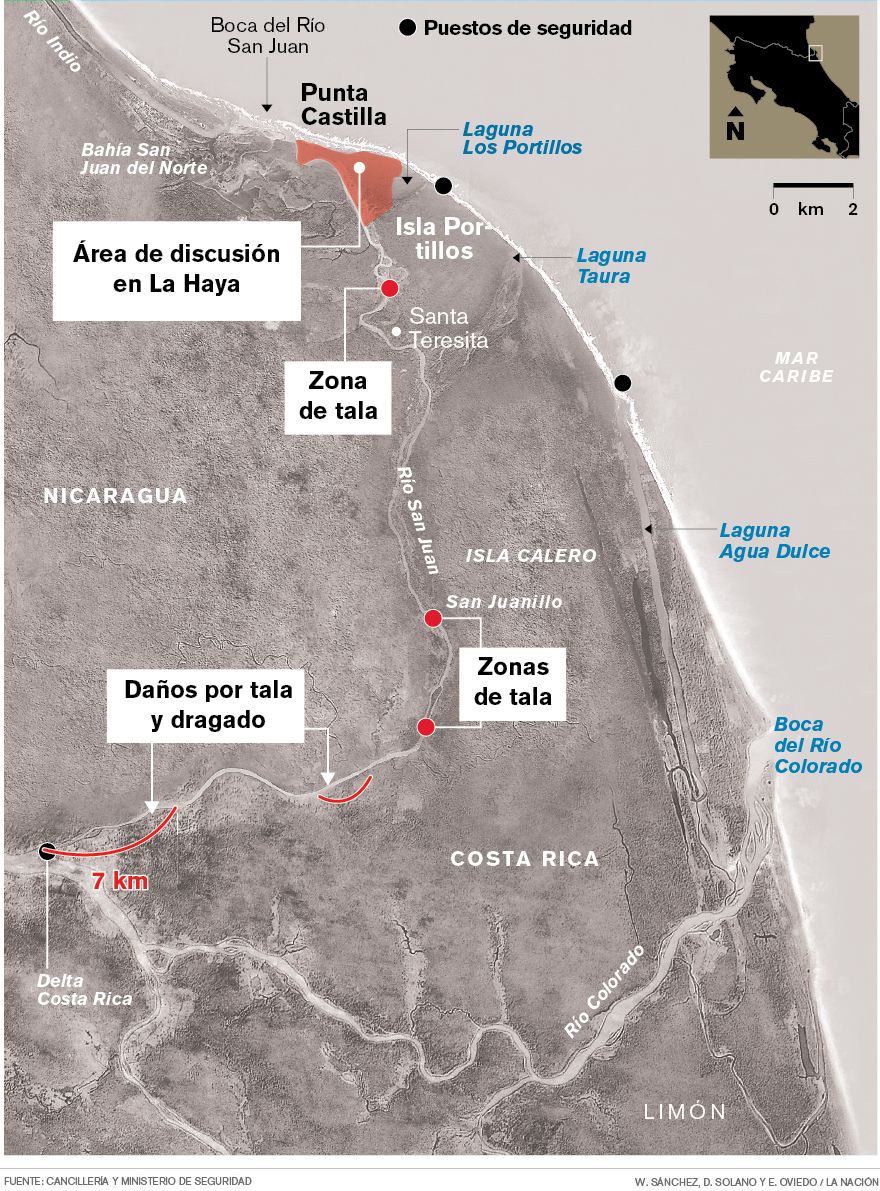 According to the Foreign Minister, the tree cutting is part of the long range interocean canal plans that is the fond dream of Nicaraguan President Daniel Ortega. The idea, says the diplomat, is to allow erosion to widen the river for at least seven kilometers in preparation to use it eventually for the passage of large ships.

Gonzalez demonstrated to the press photos of a Nicaraguan launch that disembarked chainsaw-wielding men on the Costa Rican side. Despite Pastora’s denial and that of the Nicaraguan foreign minister, Costa Rica plans to add the latest protest to its case before the World Court at The Hague.

Waving the photos, Gonzalez said, “They say they haven’t touched Costa Rican soil — well, this is Costa Rican soil!” But for now, Gonzalez rejects the use of immediate economic or immigration sanctions against the neighbor to the north.

But Security Minister Celeso Gamboa seems more bellicose. “We’re going to apply the law of this nation,” he said of the tree cutting and violation of territory. Indeed his statements seemed to indicate that he might send policemen to the north to arrest the chainsaw boys for illegal entry.

However, this might make the situation worse — this country has only policemen while Nicaragua as troops and soldiers already have illegally occupied Costa Rican territory in late 2010.

Investing and getting a good income is one of...
Lighter Side