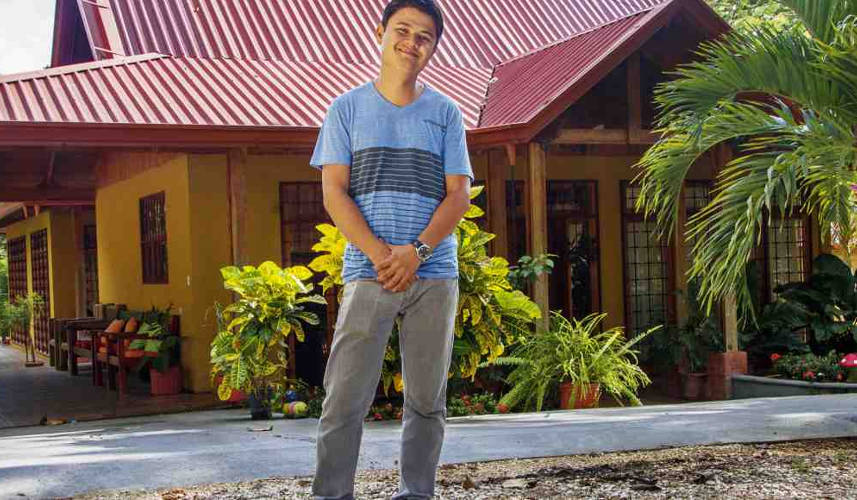 By: Cesar Blanco Fajardo, Vozdeguanacaste.com – Some migrate to the Metropolitan Area and others stay in the province to advance their professional dream. With sacrifices and effort, they earn a university degree, and after some years they are proud of graduating. But hundreds of Guanacastecans are currently unemployed or work in a different job that perhaps they never thought of doing.

To them there are many arguments to justify their predicament, but the most common are that there are few private companies, the market is saturated in the public institutions, or there is little or no clientele. As a last alternative, they become entrepreneurs, but payments for rent, equipment and other costs leave them with low salaries compared to what their colleagues in the capital are earning.

According to a study done by the Chamber of Industries of Costa Rica and released last August in the Sustainable Enterprise Forum organized by the National Advisory Council for Social Responsibility, 35% of companies in the country are looking for technicians, 21% for high school graduates, and only 16% for university-level professionals.

Katherine Gutierrez graduated from Nicoya’s high school in 2002 and went to San Jose to study journalism. After attaining her goal, she had some work opportunities until she returned to Nicoya. Today she’s an assistant in the mayor’s office, “but my passion for reporting, investigation and analysis is always in my blood; my desire to be a reporter hasn’t disappeared. However, the opportunities in Guanacaste are very limited, and for now I work at this position, which doesn’t have anything to do with journalism,” she explained.

Katherine emphasized that now “knocking on doors” is extremely difficult, unlike in the past. “There aren’t a lot of jobs, the government markets for this profession are frozen, and in the private sector everything is reduced. There aren’t job options,” she related.

Johan Ajoy graduated as an architect from a prestigious university in San Jose three years ago. “I haven’t been able to find a job with a private company because they ask for five years of experience as a requirement. And how am I going to get that if there aren’t any opportunities to begin with?” he asks.

Johan has opted to put a design office in his home, “but it’s mediocre, neither good nor bad. It depends a lot on the terms of loans from banks to clients. At the same time, I work on our family farm due to the lack of opportunities,” he explained.

On the other hand, Eduardo Sanchun has already finished his bachelor’s degree in Business Administration and is close to finishing his master’s, but at this time he has taken a temporary job as a filing clerk, a volunteer position in the municipality and customer service in a pharmacy.

“Currently companies are hiring very few people, they often hire family or friends or they say that you’re overqualified for the positions that are available. Now they need more technicians that have studied for one year than professionals who complete a (four-year) degree. Others ask for experience, but they don’t even give you the chance to start, so it is difficult,” Sanchun related.

Work, but without credentials…

The present situation makes thousands of high school graduates hesitate to go to college, first due to the high costs, and also due to the belief that jobs can be found without the necessity of academic training.

According to data from the Ministry of Employment and Social Security (MTSS –Ministerio de Trabajo y Seguridad Social), currently 50% of workers in Guanacaste didn’t finish high school, which is why despite being employed, they do not have quality jobs.

The minister of that department, Olman Segura, has indicated that, “half of Guanacastecans have a level of education equal to or lower than eighth grade in high school, and of those 76.4% are men and 23.6% are women, which makes it difficult for them to find the quality jobs they are looking for.”

Traditional rural labor continues to be the most important for the adult population, according to Segura, but tourism and construction have gained ground in recent years, and faced with scarce opportunity, tend to be accepted.

Sociologist Paula Ruiz Guevara summed up, “Being a province where income primarily comes from tourism, the jobs are going to be for making a livelihood. This means that probably the people with the best jobs in these hotels are from the Greater Metropolitan Area who did earn a degree. This is going to mean that poverty will continue in the area.”

We are all mentally exhausted by sitting in our...
Fuel Prices