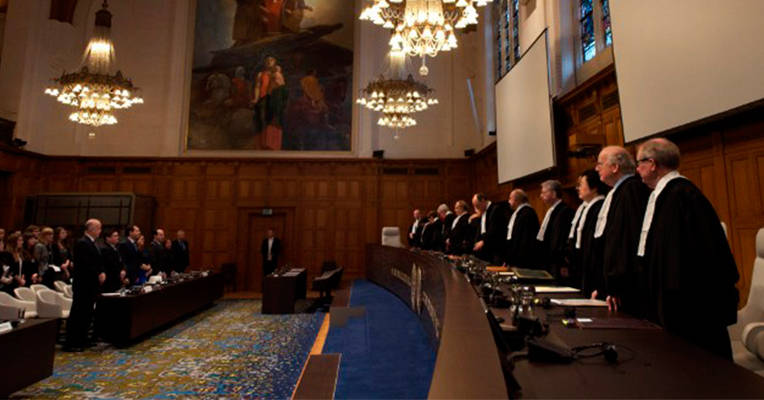 The International Court of Justice in The Hague (ICJ) Friday denies Nicaragua relief measures against Costa Rica. Nicaragua alleged environmental damage caused by the construction of the board trail, La Trocha, that parallels the San Juan river border.

In a unanimous ruling, the ICJ said that Nicaragua did no demonstrate the existence of “real and imminent risk” and does not warrant the precautionary relief measures it sought.

The government of Daniel Ortega argues that the road words caused severe environmental damage and that Costa Rica should have consulted it before undertaking the project.

The ICJ dismissed the claim by Nicaragua.

Costa Rica undertook the building of Ruta 1856, known as La Trocha, in response to the border conflict between the two countries, aggravated by the alleged invasion of the Isla Calero in October 2010, a case that is still before the International Court.

The border spat caused navigational problems of the San Juan river –  a waterway that clearly belongs to Nicaragua with Costa Rica having navigational rights  – cutting off a number of communities on the Costa Rica side of the river. The government of Laura Chinchilla responded by building the road to connect the affected communities.

Costa Rica’s Ambassador to The Hague Jorge Urbina, said he was “satisfied” with the ICJ ruling and stated that “the measures requested by Nicaragua were unnecessary”.

The 130 kilometres road that spans about 40% of the 312 kilometres border between the countries has been a thorn in the Chinchilla administration, layered with allegations of corruption and mishandling of resources.  See La Trocha, The Corruption That Keeps On Giving