QCOSTARIA (By Roberto Acuña Ávalos, Vozdeguanacaste.com) – Its origin comes from Chorotega roots and its sound might be as mystical as the sound of the wind through the woods. Its name is the Guanacastecan quijongo, an instrument that could be on the verge of extinction.

In the light of this situation with the shortage of quijongo performers, during the month of January, the Ministry of Culture recognized Guanacastecans Eulalio Guadamuz (from Bagaces) and Isidoro Guadamuz de la O (from Santa Cruz) with the Emilia Prieto Popular Traditional Culture Prize.

Both were applauded for their work in making and teaching this instrument.

According to Guadamuz de la O, the quijongo was used by the Chorotegas as a bow to shoot arrows and later they discovered the musical capabilities that could be obtained by adding a jicara gourd and a sound box.

“From here (Santa Cruz), this instrument was taken to other countries in Central America.

“Although they say many things, from what my parents and my grandparents told me and what I have studied, the quijongo was born here in Guanacaste,” commented the nearly 80-year-old musician.

Although he has taught many students to play the quijongo, including his five children and grandchildren, Guadamuz de la O is aware that this instrument is on the verge of dying out as less and less people have a desire to play it.

How Does the Quijongo Work? 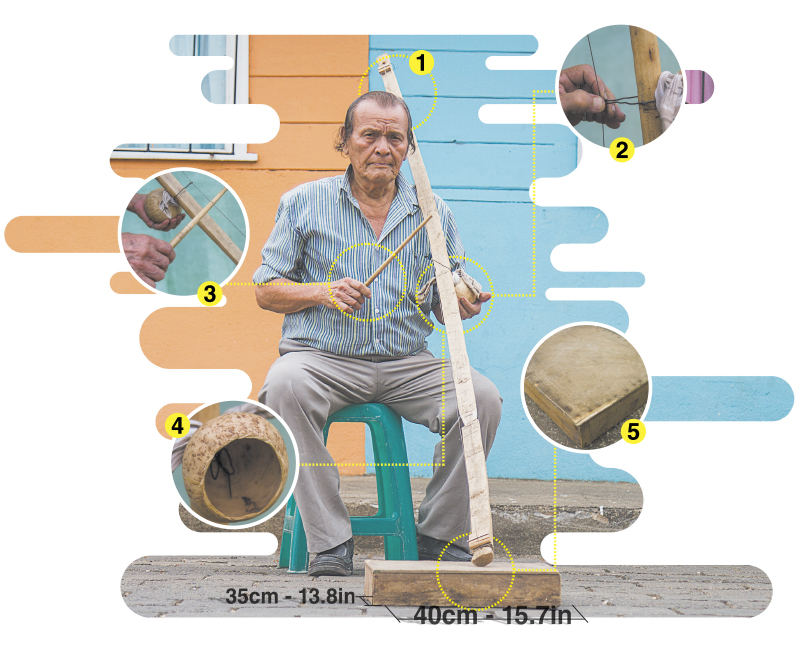 Q REPORTS (DW) In Peru, the left-wing village school teacher Pedro Castillo has in all probability been elected the new president. The fact that...
Corrupion

TODAY NICARAGUA – The vice president of Nicaragua and First Lady, Rosario Murillo, assured that those who feel persecuted are for the crimes they...
Politics