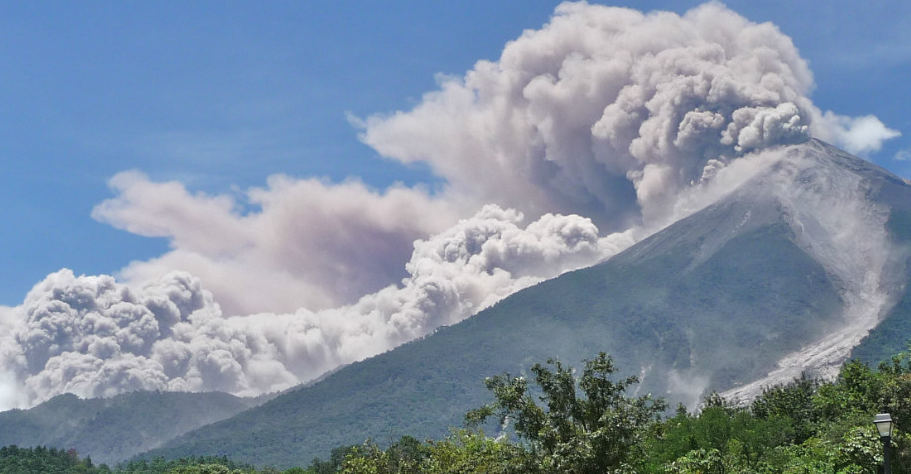 CENTRAL AMERICA NEWS – The Guatemalan Coordinator for Reduction of Disasters (CONRAD) is maintaning preventive measures in 25 communities near the volcano Fuego, although the activity of the volcano, located 50 kilometers southwest from this city, has normalized.

After the eruption last Saturday and Sunday, the volcano Fuego shows normal levels with weak and moderate eruptions, while some amount of fine ash is still ejected up to 4,300 meters above sea level, said an official source.

Some explosions cause rumblings and generate waves of weak and moderate impact, accompanied by incandescent signals inside the crater, said the daily report issued by the National Institute of
Seismology, Volcanology, Meteorology and Hydrology (Insivumeh).

The lava flow in the canyons Trinidad and Ceniza is disappearing, while avalanches and vapor from volcanic particles can be seen, said the source.

CONRED advised the General Direction of Civil Aviation to take precautions when overflying this volcano measuring 763 meters above sea level, given the existence of winds that could rise ashes and move
them further away and high.

Although no casualties were reported, the ashes from the volcano reached the International Airport “La Aurora”, where 115 flights were canceled on last Saturday and Sunday.