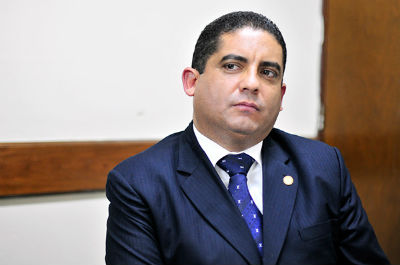 CENTRAL AMERICA NEWS – Authorities in Guatemala have arrested two high-level current and former government officials — as well as eighteen other suspects — for customs fraud. Nevertheless, the accused may be facing light punishment given the country’s culture of impunity for political elites.

The alleged head of the criminal network, Juan Carlos Monzon, is the private secretary to Guatemala’s Vice President, Roxana Baldetti, reported Prensa Libre. Monzon was outside of the country when authorities conducted the raid, and is currently considered a fugitive from justice.

However, Guatemala’s Attorney General’s Office, known as the Public Ministry, announced on April 16 that the current head of Guatemala’s trade authority (SAT), Alvaro Omar Franco Chacon, and his predecessor, Carlos Enrique Muñoz Roldan, had been arrested. Eighteen other suspects who allegedly formed part of the customs network known as La Linea (“The Line”) were also detained.

La Linea was comprised of SAT executives, mid-ranking officials, and border agents, who lowered taxes on imported goods in exchange for financial kickbacks, according to Prensa Libre. The criminal network reportedly operated in the seven busiest border crossings in Guatemala.

The arrests were reportedly the result of a ten-month investigation by the Public Ministry and the United Nation’s International Commission Against Impunity in Guatemala (CICIG).

The arrest of these suspects is only the first step of the investigation, and Guatemala’s track record of impunity suggests any celebrations would be premature. Even if enough evidence is collected to build a case against Chacon and Muñoz, widespread corruption in Guatemala’s judicial system could prevent prosecutors from reaching a conviction. The fact that Monzon left Guatemala just days before the arrests suggests he may have been tipped off by someone within the Public Ministry or another government agency, a possible indication of the level of protection he enjoys.

Another challenge facing prosecutors is the degree to which Guatemala’s justice system has been co-opted by special interests, as documented in a special series by InSight Crime. Interest groups have taken advantage of regulations that allow for the special election of high court judges, in order to maneuver their allies into Guatemala’s most powerful judicial posts. Last year, Guatemala’s Constitutional Court temporarily reversed the selection of high court judges due to public outcry over levels of corruption in this process.

The CICIG has achieved a number of victories against impunity in Guatemala, and US Vice President Joe Biden has publicly backed the extension of the CICIG’s mandate, which ends in September 2015. However, President Otto Perez Molina has indicated he is not interested in allowing the CICIG to operate past this date.

This article originally appeared on Insightcrime.org

QCOSTARICA - The future of tourism operators in Costa Rica depends on the political will to approve a package of bills that favors the...
Politics