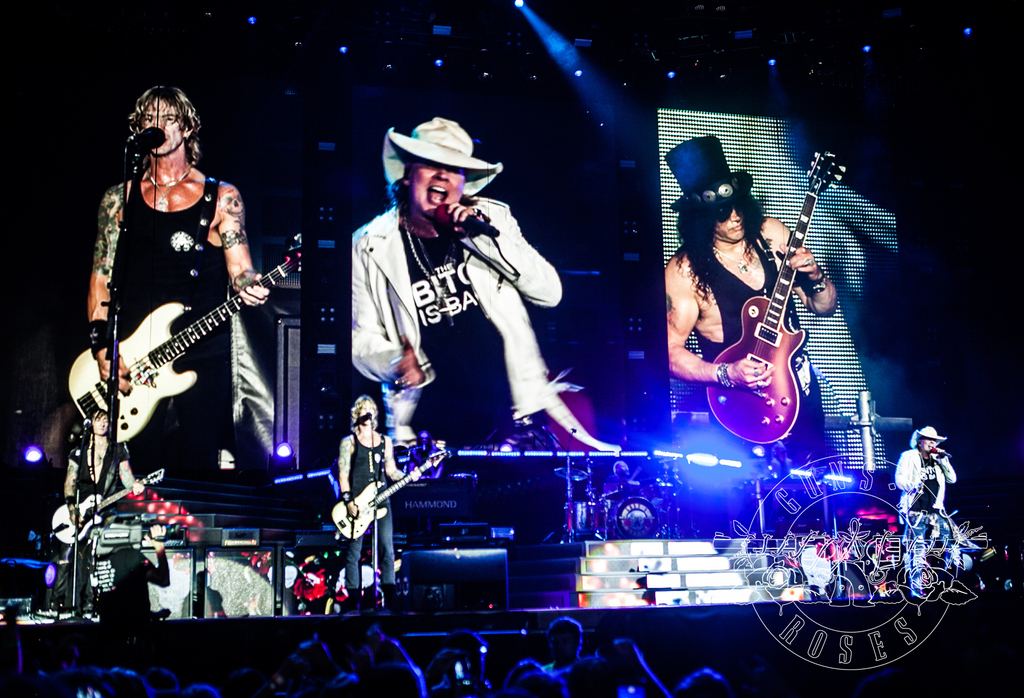 COSTA RICA EXTRA On its official website Guns N´Roses announced that they are extending their “Not in this Lifetime” tour to include South America, with Costa Rica now booked for the 26th November 2016 at the Estadio Nacional (National Stadium in La Sabana), San José.

The band has released six studio albums, accumulating sales of more than 100 million records worldwide, including shipments of 45 million in the United States, making Guns N’ Roses one of the world’s best-selling bands of all time.

Guns N´Roses very first album, “Appetite for Destruction” smashed into the music scene in 1987 and remains to this day, the highest selling debut album of all time. However, long-term conflicts between Slash and Rose prevented the group reforming with many lucrative offers to reunite turned down….that is until now!

Check out the Guns n’ Roses tour page for all the dates, Nightrain presale info and on-sale info coming soon.