Couldn’t resist this meme about Pokemon and the Guancaste level. 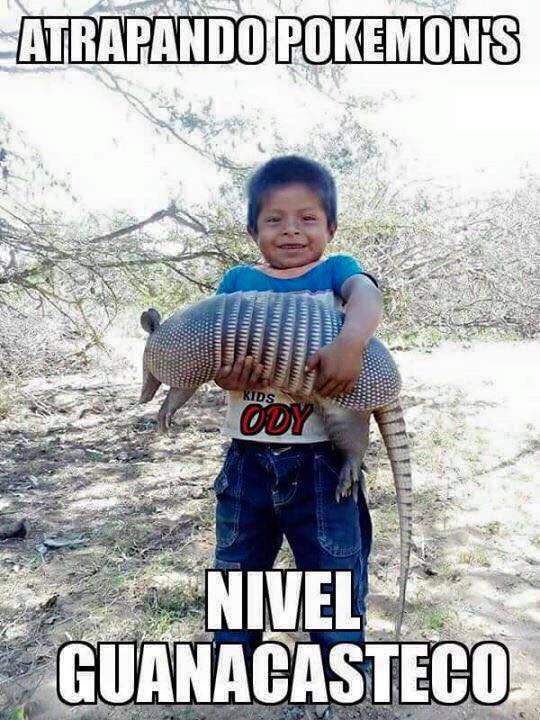 Unless you’ve away from Earth this past week, Pokémon Go has taken over the planet and in Costa Rica,  mainly La Sabana park, among many other locations.

The game allows players to capture, battle, and train virtual creatures, called Pokémon, who appear throughout the real world. It makes use of GPS and the camera of compatible devices. The game is free-to-play, although it supports in-app purchases of additional gameplay items.

The game quickly became one of the most used smart device apps after launching, surpassing the previous record held by Candy Crush Saga in the United States, and was a boon to the stock value of Nintendo, which owns a part of The Pokémon Company.

QCOSTARICA -  How has Costa Rica done during its first year...
Read more

QCOSTARICA - The latest unemployment figures show that women have been...
Read more

QCOSTARICA - Costa Rica's banana growers reached an export record in 2020, despite the impact of the pandemic, shipping fruit in new markets and...
Infrastructure

QCOSTARICA - Before I get into my opinion of the irresponsible actions of the immigration service and the ICT, good news for tourists who...
National

QCOSTARICA - Costa Rica will extend the restrictions of its land borders until April 1, confirmed Casa Presidencial (Government House) on Thursday. As in the...
National

QCOSTARICA - For their preparedness to face tsunamis, the communities of Tamarindo and Sámara were recognized by the Junta Nacional Tsunami Ready de Costa...
Politics

Q REPORTS - U.S. President Joe Biden is expected to outline his vision of Washington's Latin America policy at the next Summit of the...
Economy

QCOSTARICA - The International Monetary Fund (IMF) finally said yes to the loan for almost US$1.78 billion and to the fiscal adjustment commitment proposed...