Have We Been Abandoned By Government? 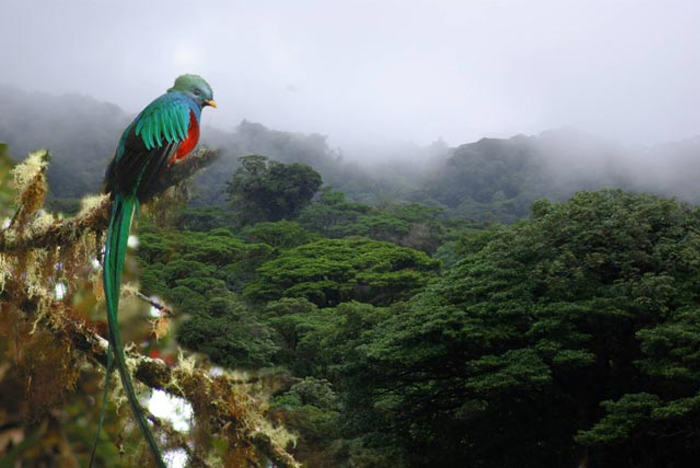 Here we go again, the season of “It’s all about me politics.” The hunting season where the wanna be are grouped together for more of the same macro disenfranchisement that has permeated this country since 1954.

What is going to make me nausea and lost is one more time all the worn out battle cries of no more dictators, freedom of speech, transparency, an open democracy, no weapons of any kind and a country of free expression, justice for all and we lead the world in sustainable environment. (Sounds like Shangri-La with an edge.)

And, that is the hook that brought the Quakers here in 1954 as well as tourists in 2013. Albeit far less than expected.

As we now see our country, no wonder the Quakers are hunkered down in the cloud forest of Monteverde as it might be one of the few bastions of civilized locals in Costa Rica.

Contemporary Costa Rica argues the evils of gun ownership, while members of the congress are busy voting themselves the right to have three guns each and the Lord only knows what the ministers and why the president needs to holster and shoot.

When our elected officials are allowed to carry guns and fire; that scares me, especially since many of them only learned how to send email a few years ago. What do they fear? Another Pepe Figueres 1948 revolution, an uprising of the people perhaps, an invasion from Nicaragua, the U.S. Costa Guard or…homegrown violent crime? But the mystery is why three guns.?

After years and years of money in the bank, (Millions but millions of USD) the ministry of roads is building only one, not two or three or four, actual roads. With all those funds only one. All this is critical to the tourism industry which has been replaced by mega – mega deals such as a new refinery, and gold mines; oh yeah, let’s not forget the oil exploration idea. The rest of the money is in the bank and is used for……I have no idea and neither does anyone else.

A lawyer representing doña Laura has made it pretty clear that she will not tolerate being criticized or defamed on “social media” which covers a lot of territory. (Defamation was never defined, but whatever it is, we cannot do it.) And, the lady has fallen back on her promise of press freedom’s sword. So let’s have a Chinchilla Day and celebrate all of her lustrous achievements. A homage, as one would say, with a 30% popularity rate. (Maybe an hour or so of gallo pinto and my favorite, cold Imperial beer will we cover it and she will lighten up?)

Meanwhile 11,000 + people in Guanacaste drink public water laced with arsenic and that goes unabated. (Really, arsenic in the water and not so little.) That and running over pedestrians seems to be Costa Rica’s answer to the birth control problem while also meeting Catholic liturgy.

We have a public, a highly touted public healthcare system known as the CAJA which is like James Bond 007; a license to kill. And third, behind politics, corruption and soccer, it is the national sport to cheat that system by and avoid the premiums rendering healthiness impotent.

For a shock, go to Ticoblogger.com and learn who have paid into the CAJA and the companies or government organizations that have elected not to pay in to it. Some are enormous sums of money in any country. The employees pay (9%), but the empresarios from all sorts of businesses have forgotten t5o pony up.

A presidential candidate Dr. Hernandez who was the director of the children’s hospital and when asked why so many and unusual mortality’s occurred in post natal cardiology in babies, he smiled and replied, “Everyone must die some time.” (Hell of an answer!)

Actually, in the sometimes seedy world of call centers, sports books, casinos and even some recognized industry, Johny Araya lamented that the trend is to contract employees rather than put them on the payroll so the the worker only pay 9% of salary or the minimum called (Voluntario) while the government and corporations are exempt of their 21% contributions to good health. The government has never said pay up. The right to health, good healthcare is a developed country “thing” but not Costa Rica and not even the United States.

A side bar: Most call centres, sports books, casinos, etc. pay no taxes and keep earned income offshore while importing only funds for payroll. That is unless they are laundering millions under the noses or with the assistance of the government.
In La Nación there was a photo of people, all of lower income working class attempting to obtain scholarships for their Children.  (These are not like scholarships to Harvard or Stanford) but rather for school uniforms, books and transportation.

These are families who want education, who are verified by seven different agencies to qualify, who believed doña Laura when she said, “FONABE cannot fail us this year, “Well it has turned into few if any so called scholarships for the poor and then with great fanfare the government  laments, “what must we do to bring this country to an acceptable standard of education for all?”

More than ever youngsters are dropping out of schools no matter how hard parents and indeed communities try to change the tide. But again, another government failure!

It is the local level that elects presidents and while Liberación most certainly has the lead and Johnny Araya is the candidate of choice, if elected, he runs the highest risk of street protest, perhaps violence and the worst of all, a perception of a “king”.

Doña Laura, as the government, has alienated a large segment of citizens because she never really took care of them but rather took care of her determined political separation of Oscar Arias, apparently not so qualified cronies of which 70% have left their posts for one reason or another, and an overwhelming poor report card of ministers, autonomous ministers and slow, incomprehensible decision making which has mystified all of us…the people.

Shame on me, shame on us, shame on those who live here who remain passive as the government simply abandons or most basic needs.

QCOSTARICA - The sustained growth in the arrival of...
Crime