Head-On Collission On The Ruta 27 Leaves One Dead, Another Injured 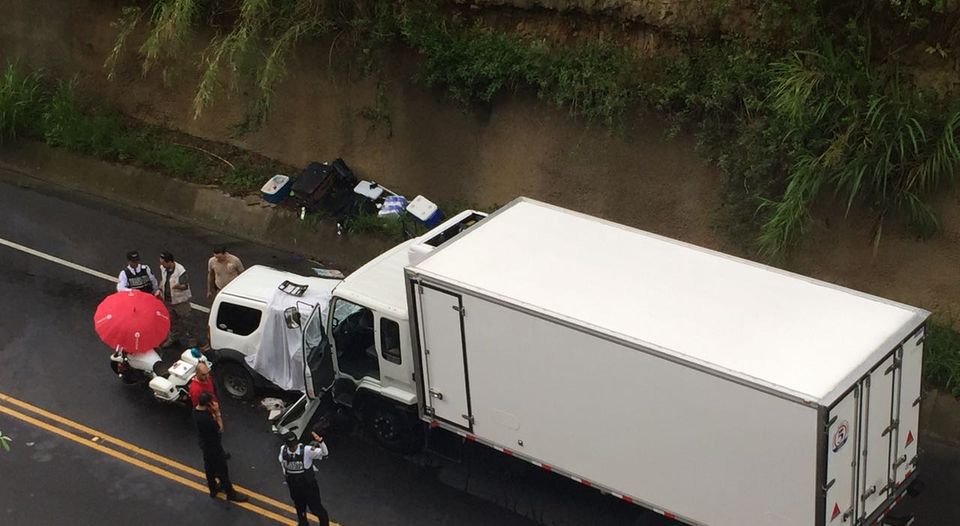 Q COSTA RICA – A car accident left one dead and another seriously injured Saturday afternoon on the Ruta 27 or San José – Caldera road.

At the time of the accident, east of the Virrila river bridge, the road was dry, but soon after it began to rain, a small SUV, Suzuki Jimny, crossed the media and slammed head on with a truck. 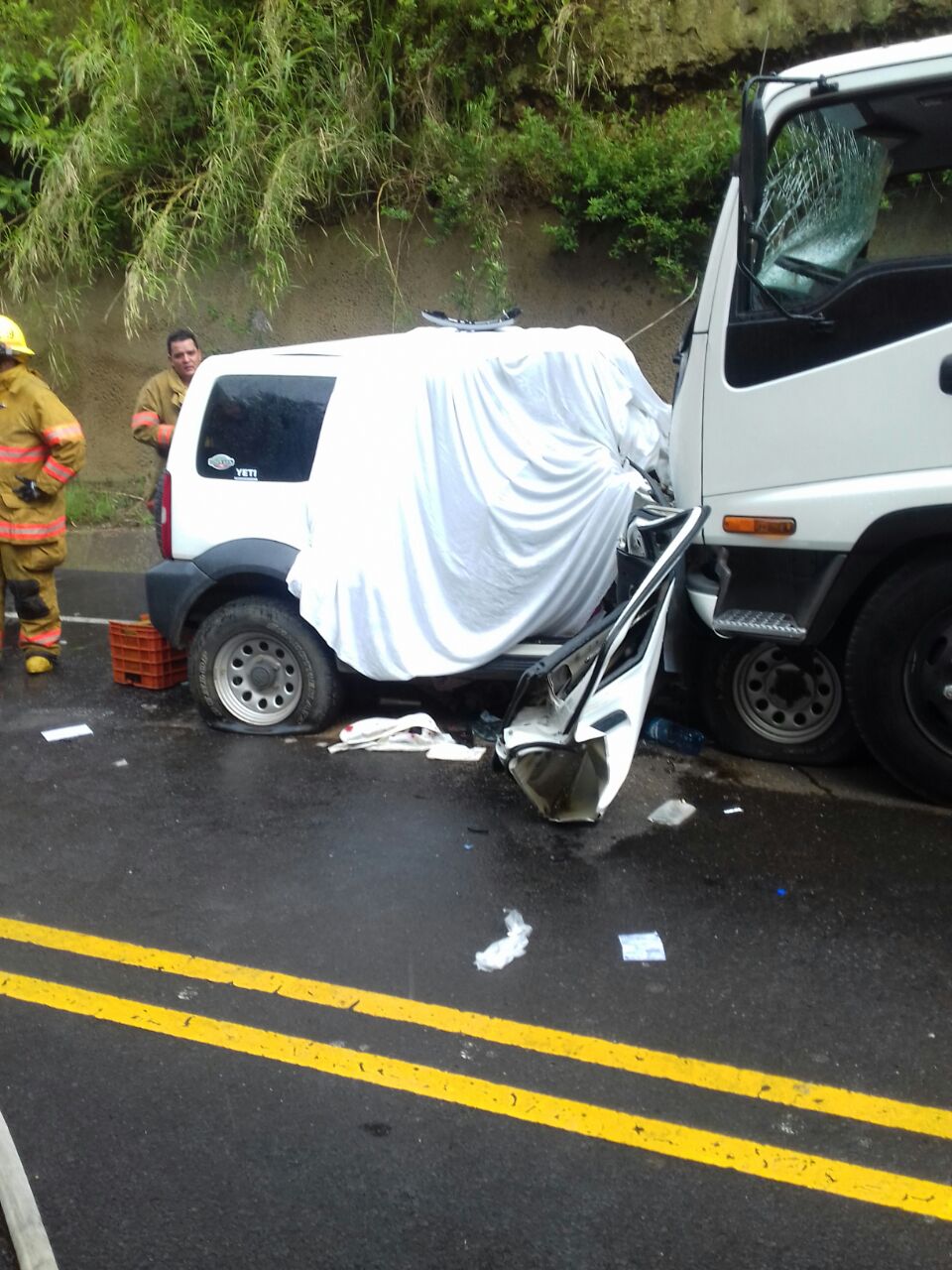 The accident occurred shortly after 1pm, on a section of the road where it is two lanes and clearly marked with a double yellow line.

Trapped inside the wreckage of the small vehicle was a senior his companion, who survived he crash, but is in hospital in serious condition.

The Susuki is registered to an American man with the last name Montgomery, living in Perez Zeledon. The driver of the truck was identified by his last names Chaves Miranda. Policia de Transito, Manuel Ledezma, told the press the vehicles had all their papers current and the driver of the truck’s breathalyzer test was negative.

The Ruta 27 was closed for several hours, causing tremendous traffic congestion on both sides of the accident.

In an unrelated incident, another head-on collission occurred also on the Ruta 27, the area of Atenas. It was raining at the time. 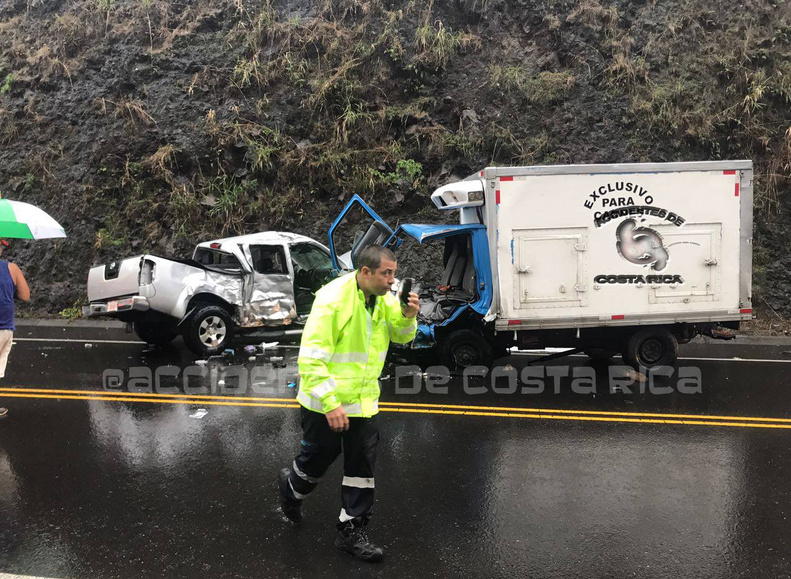 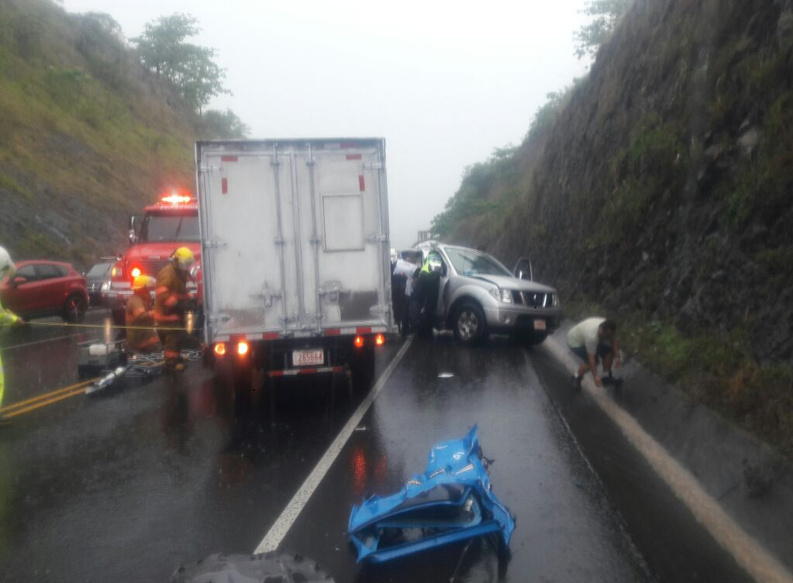