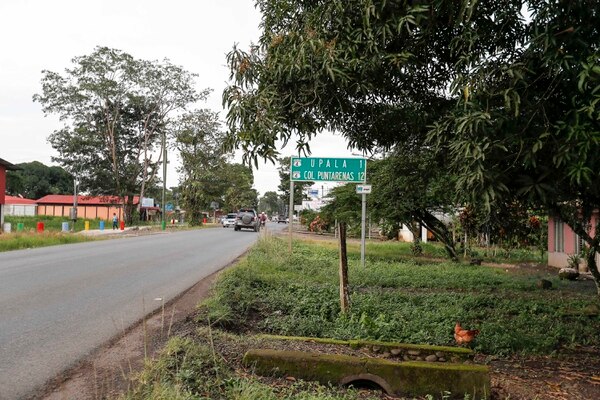 The pregnant Nicaraguan teenager who entered the country illegally through the border in Upala, in Alajuela, is not infected with the new coronavirus, confirmed by Costa Rican health authorities this Sunday.

The teen had suspicious symptoms of covid-19 such as high fever, cough, nasal congestion, and difficulty breathing. They immediately subjected her to the rigor test, which yielded a negative result, according to the executive president of the Costa Rican Social Security Fund (CCSS), Román Macaya.

“This has come to light in the media, where a minor, pregnant, with symptoms, was transferred to the Upala hospital. As a minor, the PANI (child welfare agency), also immigration and the Red Cross was involved in the transfer. Because she is a minor and in general terms, we are not going to give details about her state of health, other than saying that she was tested and it came out negative,” Macaya said.

When the immigration police officers detected her, on Saturday morning, they realized that she was an unaccompanied minor and that, in addition, she is in a greater state of vulnerability, because of her pregnancy.

“In no case may unaccompanied minors or persons for whom there is no certainty that they are of legal age be rejected (expelled from the country). The immigration authorities in charge of controlling the entry into the country must immediately inform the PANI about the situation of these minors,” states the country’s immigration law.

In addition, it says: “The PANI must assume the temporary representation and the transfer to a shelter until the corresponding investigations are carried out.”

Expecting an influx of illegal entries from the northern neighbor, the Ministry of Public Security reinforced border security, including installing an airbase in the Tablillas border post, to carry air surveillance, supporting police on the ground and in the rivers, to prevent the entry of foreigners.

According to data from the Ministry, with the deployment carried out in recent days, more than 5,000 foreigners have been prevented from entering national territory.

- Advertisement -
Paying the bills
Previous articleCoronavirus in Costa Rica: 595 confirmed cases, 56 recoveries
Next articlePerez man is the 4th Costa Rican who dies from the covid-19 in the U.S.