Heavy Downpours Today Will Be All Over Costa Rica

The national weather service confirmed that the Intertropical Convergence Zone (ITCZ) remains active over the country, significantly destabilizing the atmosphere over Costa Rica. 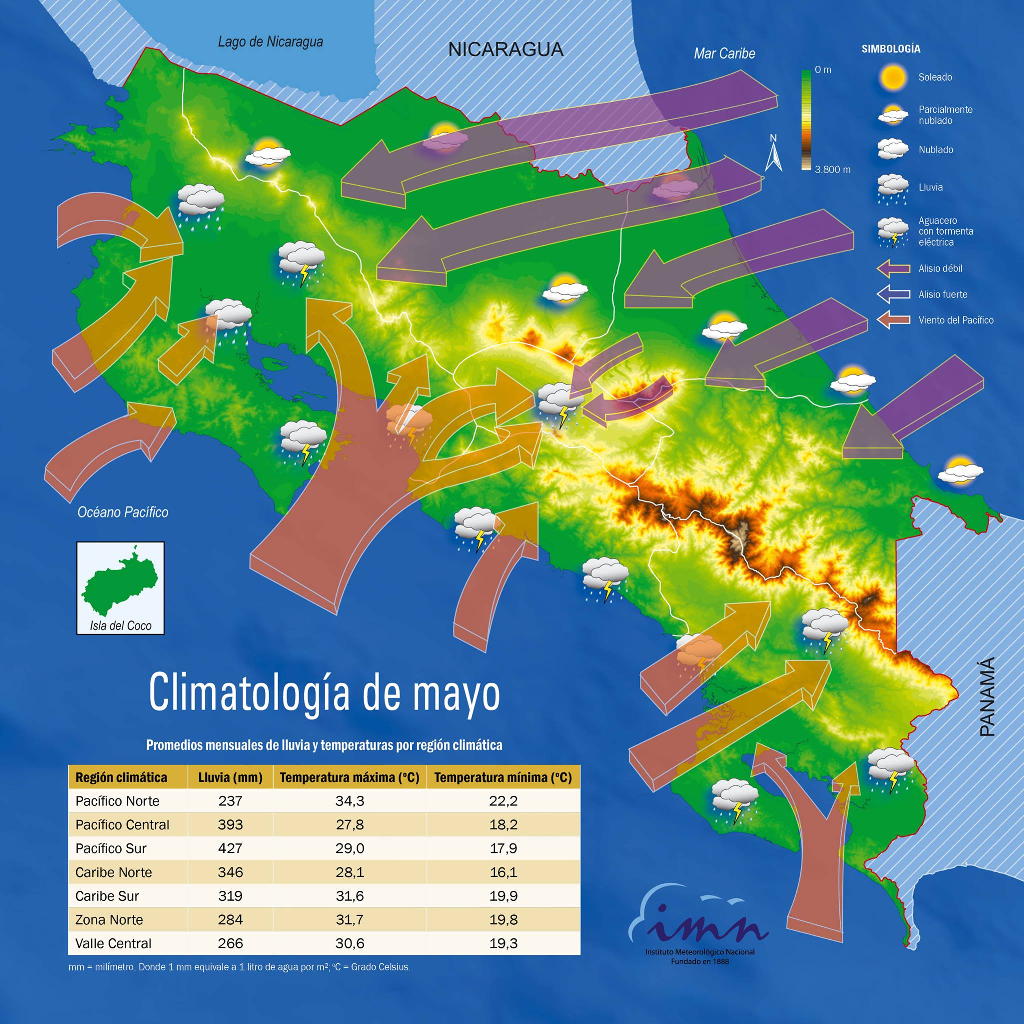 On the other hand, tropical storm Alberto was formed 90 km east of the Yucatan peninsula, according to the National Hurricane Center, as a result of the rapid intensification of the low pressure system that was being followed up.

The forecast by the Instituto Meteorológico Nacional(IMN) as the subtropical storm directly impacts the southeast coast of the United States today (Sunday), among other atmospheric aspects, the Intertropical Convergence Zone, very active, will continue over the country, which is why a strong rainy activity is anticipated both for today.

For tonight, the most intense rains will be concentrated in the North Zone and Guanacaste.

For the latest weather conditions in your area and in the country, visit the IMN website: Imn.ac.cr