Heavy Rains Affected Much of the Central Valley On Sunday 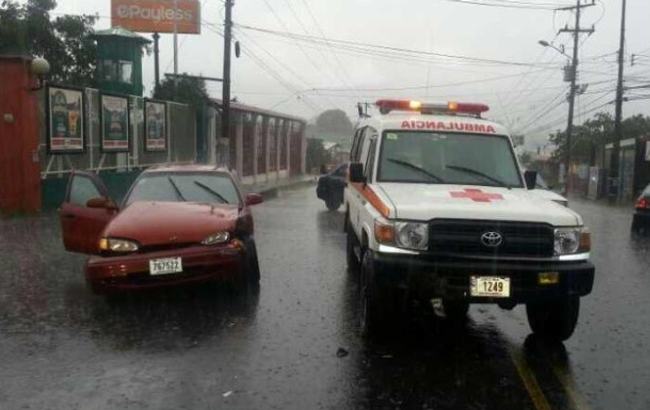 By way of the social networks, people reported heavy rainstorms throughout the country Sunday afternoon.

In Tres Rios (east side) and downtown San José, there were reports of hailstones.

In Aserri, a lightnening storm had residents on edge. In San Diego de Tres Rios, a river overflowed its banks

While there was a light to no rain in La Sabana, it poured on Goicoechea, Desamparados and Herdia.

According to the  Instituto Meteorológico Nacional(IMN) the same could occur today and tomorrow, due to an Intertropical Convergence Zone (ITCZ) that .appears as a band of clouds, usually thunderstorms, that circle the globe near the equator.

The IMN recommends to look up to the skies regularly and take cover. It has also issued an alert to areas prone to flash floods.