While they protest, we have to keep the Consulate closed: Foreign Minister 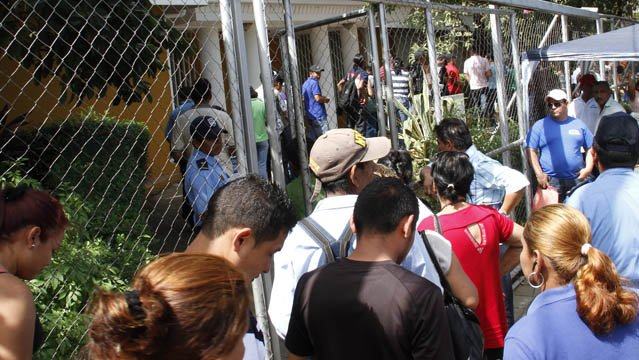 Costa Rica’s Foreign Minister, Enrique Castillo, said late Sunday that the planned move for the Costa Rican Consulate in Managua was prevented due to “xenophobia fueled by President Daniel Ortega against Costa Rica”.

Due to the protests outside the Consulate, the Ministry of Foreign Affairs was forced to shut down since Wednesday and postpone the opening of the new Consulate, that was scheduled to open today (Monday August 19) in Reparto Las Colinas, located in the Antiguo Hotel Las Colinas.

Castillo said that the protests  prevented the transfer of the Consulate, as Costa Rican officials were denied access to the area because of street closures.

“While they protest, we have to keep it (the Consulate) closed”, said Castillo.

The protests are an issue to the resolved by the government of Nicaragua and Costa Rica’s Foreign Ministry cannot do anything if the demonstrations continue, explained Castillo.

The Foreign Minister added that the Nicaraguan Foreign Ministry is aware of the matter and that police had been sent in to clear the protestors, however, protestors continued with their demonstrations after the police left and again forced the  closure of access to the Consulate.

Costa Rica has two other missions, one in Rivas (close to the Costa Rican border) and the other in Chinandega, where it can process visas. Neither of the two satellites missions have been affected by protests.

For emergency cases, the Costa Rican Consulate in Managua can be reached by telephone at 8436 8401.
Nicaraguans wanting to travel to Costa Rica have to obtain a visa with a cost of US$32 for one single entry of up to 30 days and US$62 for multiple entries up to 90 days. In addition they must a US$5 tax (the land borders) as established by the Dirección de Migración y Extranjería (Costa Rica’s immigration service).

QCOSTARICA - The Daniel Ortega government sent its ambassador to Costa Rica, Duilio Hernández, as its representative to the summit of Central American presidents...
Politics

QCOSTARICA - Six months after the start of vaccination against covid-19, will it be time to open the campaign to those who want to...
Vaccine