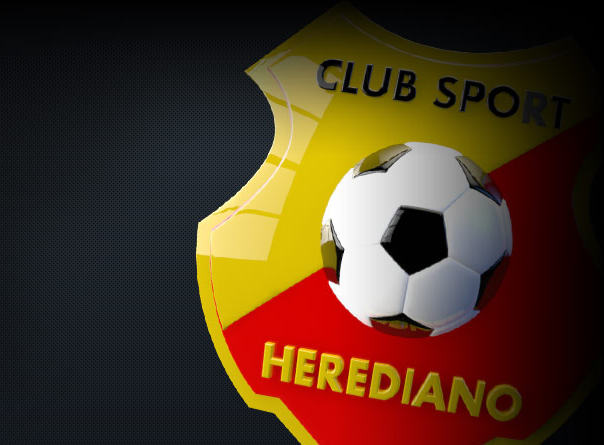 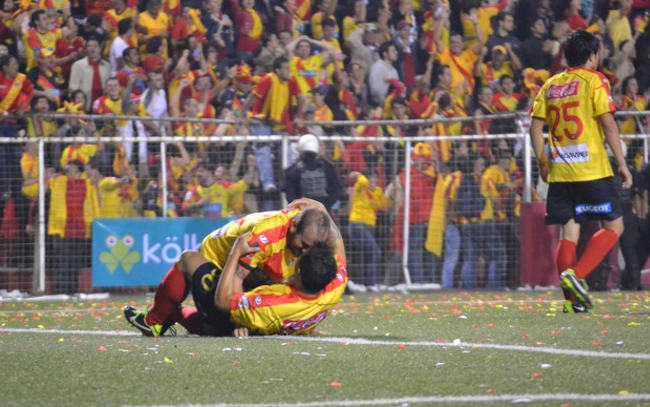 It came down to penalty shots and with one missed goal kick Cartago’s 73 year history without a championship continues unbroken, as the Heredianos went on to being crowned champions of the “Torneo de Verano”.

The Estado Rosabal Cordero in Heredia was jammed packed with Heredia fans, with faces that went from purse ecstasy to see their team up two goals, to pins and needles and clenched teeth as they needed just one more to take series.

The standing at the end of the 90 minutes of regulation play the stood at 2-0 for Heredia. However, Cartago was up to two points on Heredia in the overall standing. So, two goals ahead wasn’t enough Heredia to win the title, nor for Cartago to lose it.

Into overtime the two tired team went, being allowed only 5 minutes before the game continued until there would be a winner.

The 30 minutes of overtime play was frustrating for both the players and the fans.  In total, both teams had been on the field for two hours of play time, and almost three hours since the game began.

Players of both teams were exhausted, many of the fans had been in their seats since 5:30pm when the doors to the stadium opened.

Both teams scored one goal each. The claim to the title was again in a tie.

Off to the penalty goals.

One by one each side took a free kick from a few metres away at a big goal tended by a goalkeeper that could only stop the ball if he anticipated the kick and the direction of the ball.

After more than two hours of field play it all came down to Leonel Moreira, the Heredia goalie to stop the free kick by Randall Alvarado, giving Heredia their 23rd First Division championship.

The playing field quickly turned from green to red and yellow, the Heredia team colours, as it appears every Heredia fan came down from the stands unto the grass.

Although there was an expectation of a win, many in Cartago are resigned to the curse placed on the team after their last championship win in 1940.

- Advertisement -
Paying the bills
Previous articleSports: Heredia and Cartago Today Have A Date With History
Next articleBromoses Cursed To Lose!

Following the series of accusations and backlash levelled against...
Trends