Sports: Heredia and Cartago Today Have A Date With History 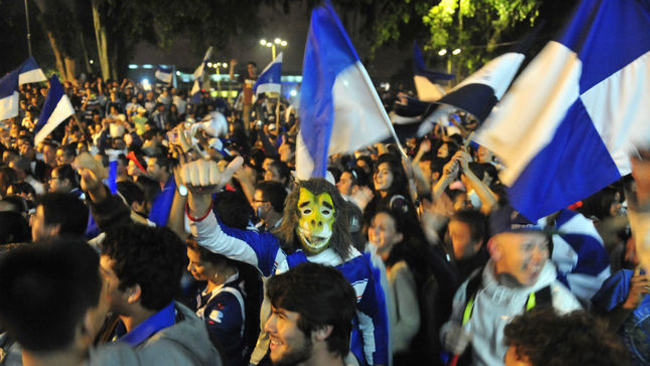 Though I am not a sports fan I do know that tonight is the BIG GAME – the grand finale tonight that unites strong passions, emotions, feelings and two groups of fans thirsty for a national title.

One thing is for sure, the game tonight will not be like any other game. Not, this by far, is very special.

The Cartaginés (Cartago team) come into the game with revenge in mind, to unleash a celebration that has taken the soccer club 73 years.

Without a question this will be a teeth clencher, heal some wounds, draw painful memories for the losers and glorious ones for the winners.

The game is a showdown between archrivals when the 22 men take to the field at 8pm, where everything will be defined by a ball and a new chapter will be written in the history of Costa Rican soccer.

The Cartaginés come into the game with a lead in the standings, while the Heredianos (Heredia team have the home advantage), when at 8pm tonight, the two teams face off in the  “Campeonato de Verano” at the Estadio Eladio Rosabal Cordero in Heredia.

Least to say, tonight in Costa Rica, especially in Heredia and Cartago, it is a big night. A night of soccer and partying!

So that night will not turn ugly, more than 600 police officials of the Fuerza Pública in Heredia have been assigned to ensure peace and order, before, during and after the game. Similar security measures are being taken in Cartago.

Francisco Morales, head of the Fuerza Pública in Heredia, confirmed that special operations will begin shortly after noon.

“We will have far in advance of the start of the game a total shutdown in the vicinity of the stadium. Only those with tickets in hand will be allowed to enter the perimeter”, said Morales.

Though authorities are being mum on the details you can bet that there will be special operations by the different police forces, including the Policia de Tránsito to control drunk driving.

Organizers say they expect few Cartaginés fans in Heredia tonight, mainly for the high cost of the tickets.  To satisfy fans, the Cartago Club will open the doors to its “Fello” Meza” stadium to watch the game on the four giant screens. Cost of admission is from ¢1.000 to ¢3.000 colones.