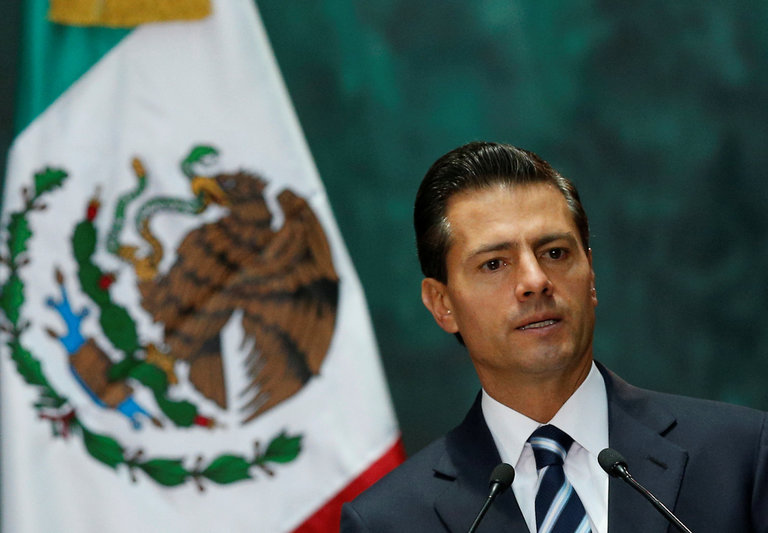 (Q24N) “It’s a historic error,” said Enrique Krauze, a well-known historian of Mexico President Enrique Peña Nieto inviting Donald J. Trump to visit Mexico for a dialogue in the interest of democracy. “You confront tyrants. You don’t appease them.”

For many Mexicans, who feel that Trump offended them with his disparaging comments and promises to build a border wall, the surprising invitation from Peña — who has likened Trump’s language to that of Hitler and Mussolini in the past — is even worse.

In Mexico, newspapers, television stations, social media and all manner of national communications were awash in vitriol at the idea of a meeting between the two men.

Peña has at least one supporter, Rafael Fernández de Castro, a professor at Syracuse University and former foreign policy adviser to Felipe Calderón, the previous Mexican president, who said “the U.S. electorate put him (Trump) in this position, and Peña is respecting that (…) a good relationship with the U.S. is essential for the well-being of Mexico.”

In the news release following the private meeting, President Peña explained the rationale for the meeting as being in the interest of democracy and to create a dialogue.

However, Esteban Illades, editor of Nexos, a magazine in Mexico, said “To put it mildly, I think it was the biggest humiliation a Mexican president has suffered on his own territory in the last 50 years, he not only managed to make Donald Trump look presidential, which is an incredibly hard thing to do, he managed to forgive Donald Trump even though he didn’t actually offer an apology in the first place.”

Read the complete story from the New York Times here.

- Advertisement -
Paying the bills
Previous articleMexico’s President Fact Checks Donald ‘Mexicans Are Rapists’ Trump To His Face, In Spanish
Next articleVenezuelans gather on three avenues during “Takeover of Caracas”