Venezuelans gather on three avenues during “Takeover of Caracas” 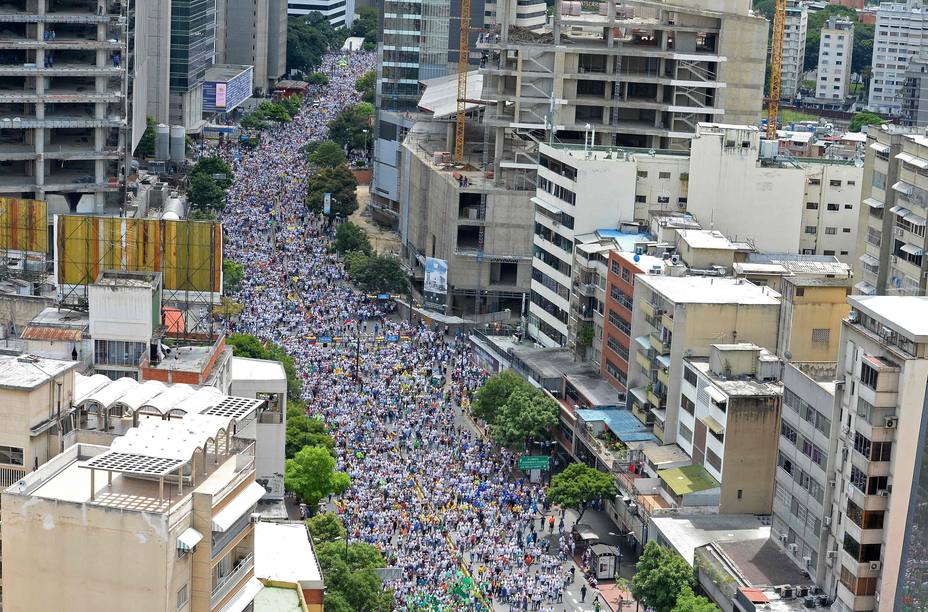 From early hours on Thursday, people from all the states of Venezuela rallied at the seven points planned by opposition alliance Unified Democratic Panel for a demonstration called the “Takeover of Caracas,” which aims to demand electoral authorities to hold a presidential recall vote this year.

Northeast Caracas, people started marching towards the Francisco de Miranda avenue at 10 am. Demonstrators came from the eastern states of Nueva Esparta, Sucre, Delta Amacuro and Bolívar, besides people from Caracas.

At noon the national anthem was sung and political leaders read a statement at Francisco de Miranda Avenue.