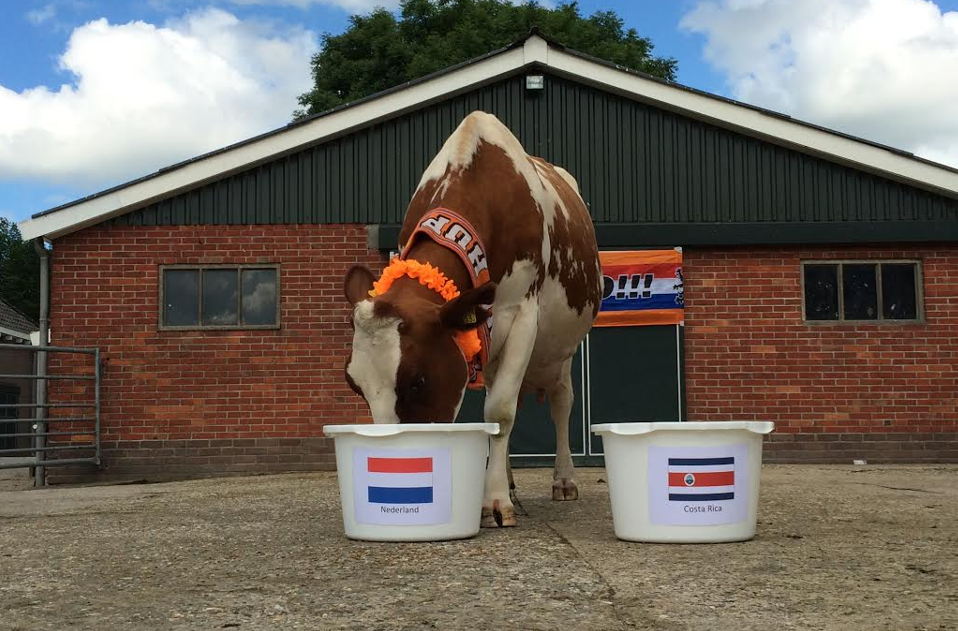 LIGHTER SIDE OF COSTA RICA – Holland will win on Saturday against Costa Rica in the quarter-finals play. So predicts Sijtje the cow.

The YouTube video was sent to the Q by a Stef Cornelissen, who must be a Netherlands team fan.

The report, “WKoe Sijtje voorspelt Nederland – Costa Rica”. being featured on RTV NH, tells us that Sijtje has been right in her prediction at least three times predicted: against Australia, Chili and Mexico.

Time to get out the translator, maybe we Sijite is giving us a bunch of crap! (Pun intended if you see the video.)

- Advertisement -
Paying the bills
Previous articleAlarming: Femicides In Costa Rica Up This Year
Next article[BLOG] A Papal Blessing, It Can’t Hurt!